The Connie cocktail lounge forms part of the transformation of Eero Saarinen's modernist terminal building into a lounge and hotel last year. 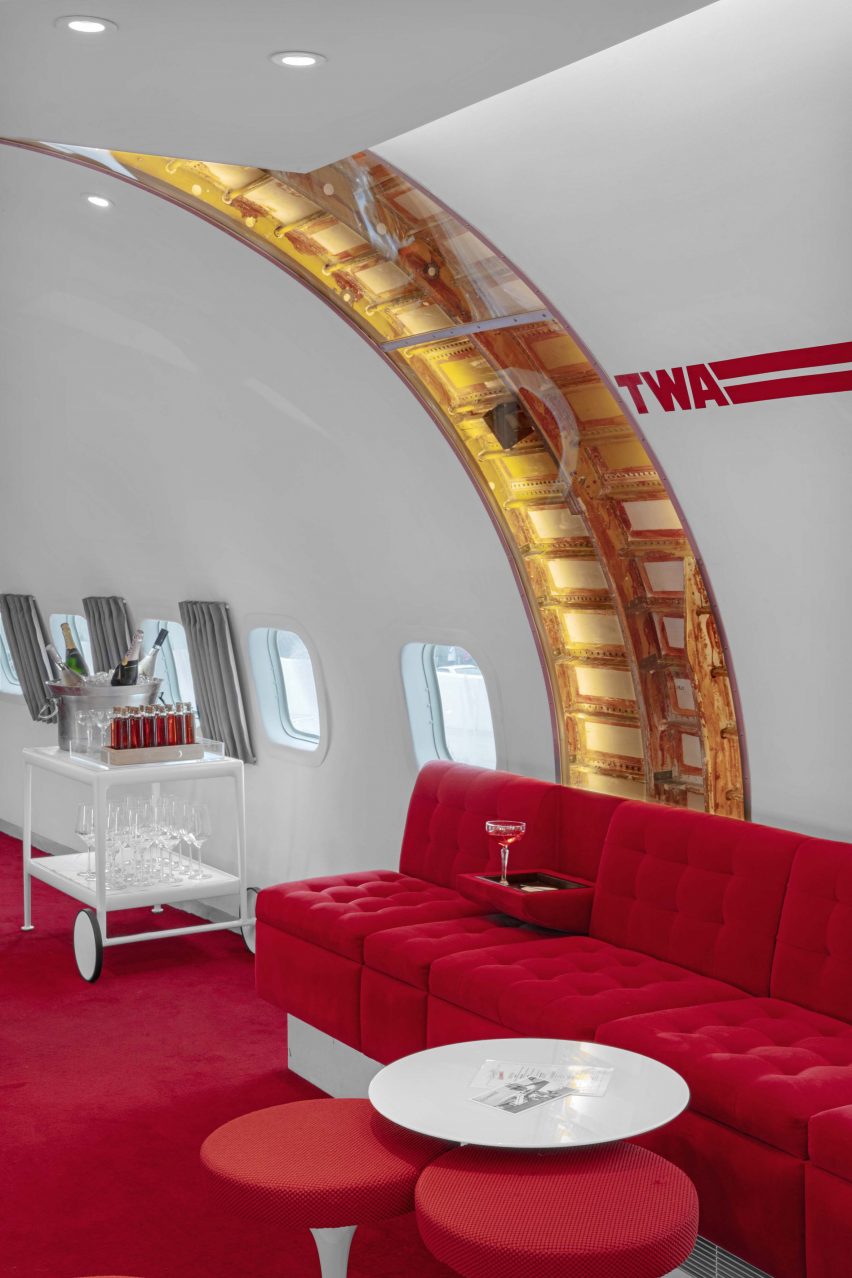 The model was brought back to its original condition by MCR Morse Development and Atlantic Models in 2018, which involved replacing parts, repairing its missing nose, installing flooring and windows, and outfitting the cockpit with controls. 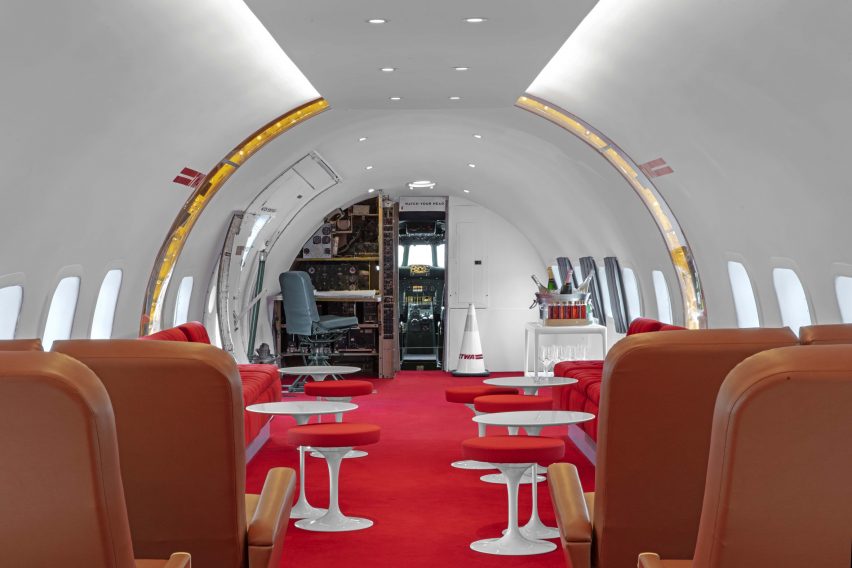 The cockpit and navigator's chair were also restored, while the plane's dilapidated exterior was repainted to reflect the 1950s branding.

Bright red carpeting, curtains and upholstered built-ins were chosen to reflect the bygone era when it carried passengers across the country under American airline company Trans World Airlines (TWA). 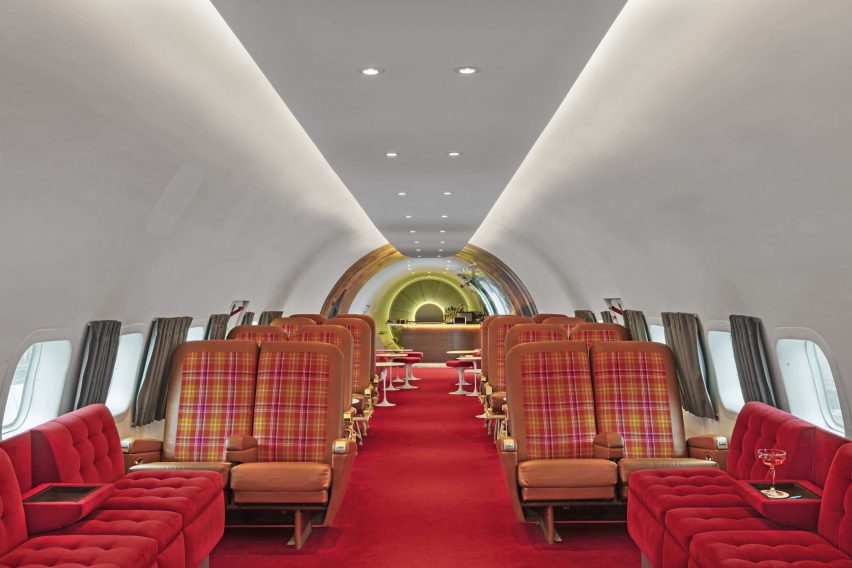 Stonehill Taylor worked with New Jersey-based Samuelson Furniture to design and manufacture the red banquettes, in addition to restoring the plane's original seats.

The bar is located in the main cabin and features red-cushioned seats flanking the vessel and white, round tables that filling the aisle and gaps in between the seating rows.

In the rear of the plane is a bar for preparing and serving drinks, and a vintage travel mural similar to the one that was there when the craft operated.

An arched, white ceiling overhead embodies the plane's original fuselage but with updated lights and ventilation. 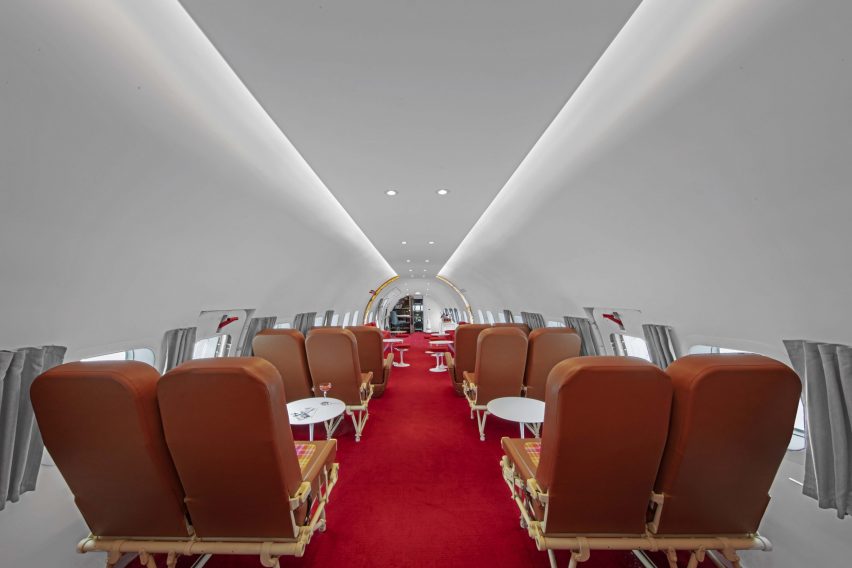 The plane-turned-bar interiors are reminiscent of the style of Saarinen's modernist terminal when it first opened in 1962. His swooped concrete terminal building was similarly decorated with red-and-white interiors.

The Finnish-American architect completed the building for Trans World Airlines – a major American airline that operated from 1930 until 2001 – giving it the name TWA. It closed in 2001 after it was unable to support the size of modern aircraft. 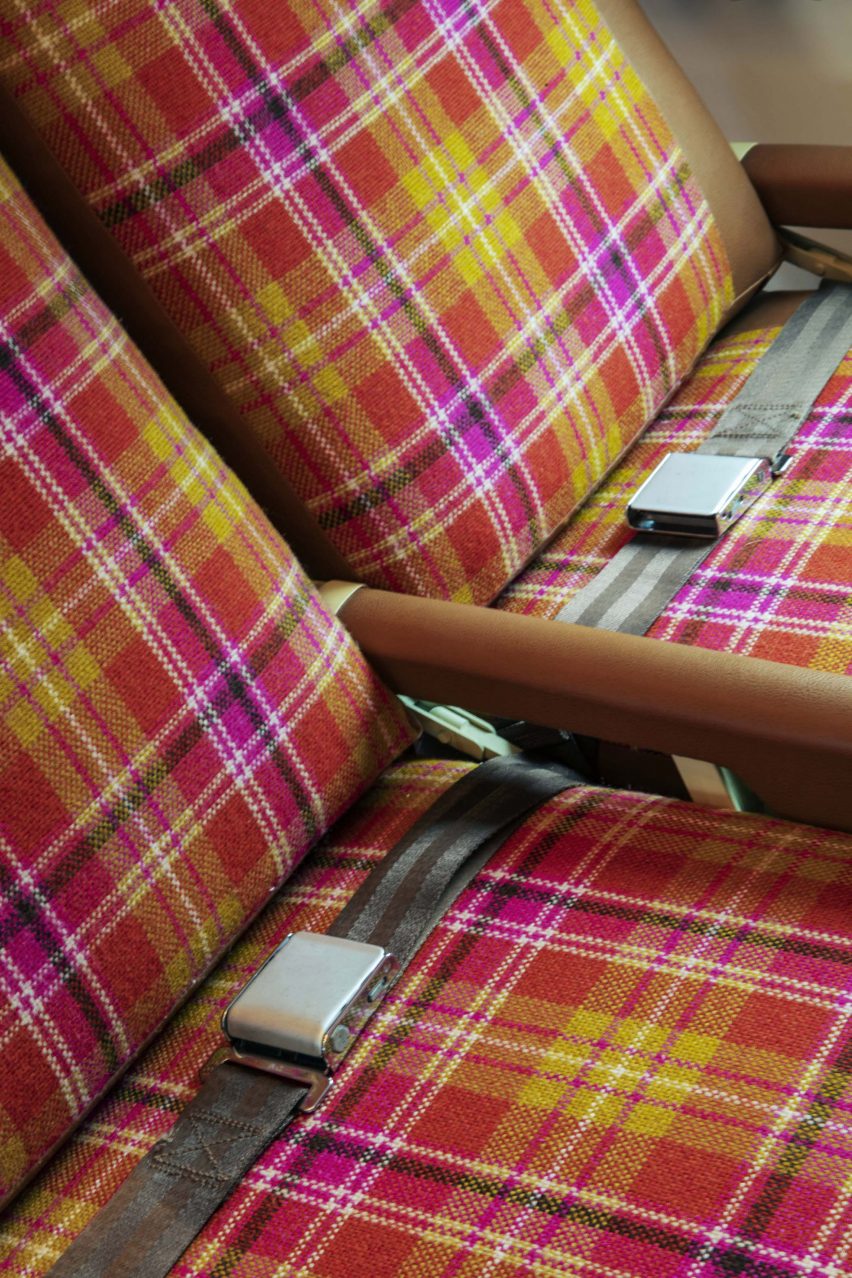 New York-based firms Lubrano Ciavarra Architects and Beyer Blinder Belle were enlisted to oversee the vast renovation and extension to the structure. INC Architecture & Design designed the event spaces inside, while Stonehill Taylor contributed to the hotel bedrooms. 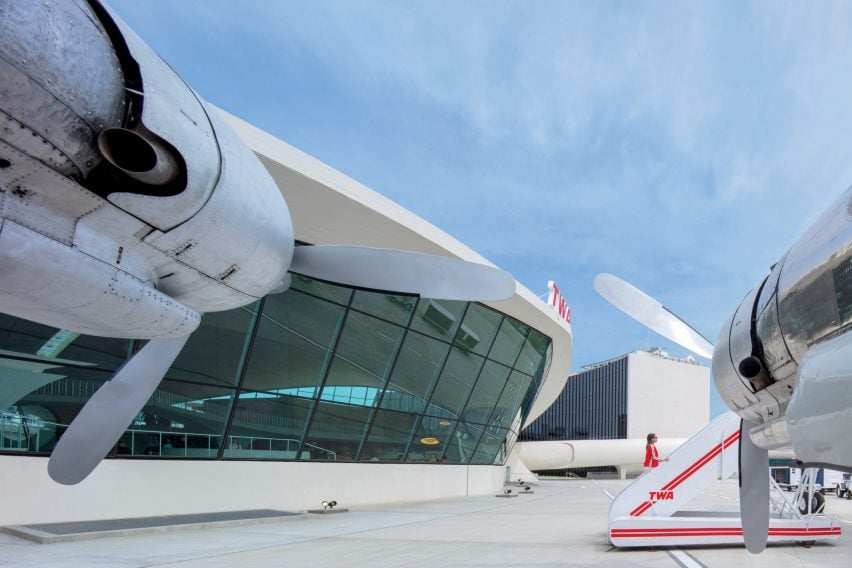 Graphic agency Pentagram also created a new typeface for the hotel at Saarinen's terminal, called Flight Center Gothic, based on the branding that the Finnish-American architect designed for the project.