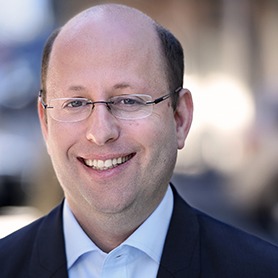 Guy Vardi is Chief Innovation Officer for Silverstein Properties. He joined the company in 2016 to oversee the firm’s process of innovation and change management.

Before joining Silverstein Properties, he co-founded Matific, a startup that empowers teachers and encourages students to discover and explore mathematical concepts through playful interaction. Matific is used by millions of students and translated into 11 languages. Matific was named the winner of the 2016 SIIA CODiE Award for Best Mathematics Instructional Solution.

In 2003, Guy helped found Oberon Media, a company that expands and diversifies the demographics of computer gamers. He oversaw the development of the most popular platform for distribution of casual games at the time. Oberon's Game Center network reached over 40 million users.

Guy started his career as an officer in the Israeli Defense Forces. Later he spent several years developing innovative digital experiences and interaction models for the Israeli Defense Forces. Highlights of his work include creating the first commercial VR environment for e-commerce, pioneering production of interactive video using wearables cameras, co-producing software that explores the relationships between classical poetry and interactive media, implementing the TCP / IP protocol over can and wire telephone and conducting an experiment that demonstrated carriers pigeons are faster than ADSL.

Guy holds a degree in computer science from the Interdisciplinary Center, Herzelia. He lives in the Upper West Side with his wife and children.