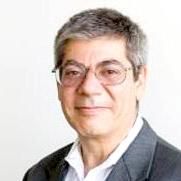 Neil Katz is an architect with Skidmore, Owings and Merrill. He uses a "computational design"​ approach to design, and has used this methodology in developing geometry and as a way of analyzing and designing in response to many project goals, including environmental and sustainability goals.
"Computational design", aspects of which include algorithmic and parametric design as well as building information modeling (BIM), is as much a way of thinking about design as using and developing tools for design. With SOM for over three decades, In addition to leading digital design groups in New York and Chicago offices, Neil also participates on projects as part of design teams.
Neil received his B.Arch degree from Pratt Institute, and has taught and lectured at various schools, and is often invited to speak about his work at schools and conferences.