Starting from a 19th century grand mansion in the historic neighborhood of Clinton Hill, Brooklyn, New York, Arnold Studio transformed the mansion’s interiors into a modern residence. The space occupied two floors at the top of the building and within the roofline, and underwent a gut renovation that included major structural interventions. The designers removed internal walls previously used to separate traditional living spaces, and created open plan living areas that bring amplitude and light to the home. 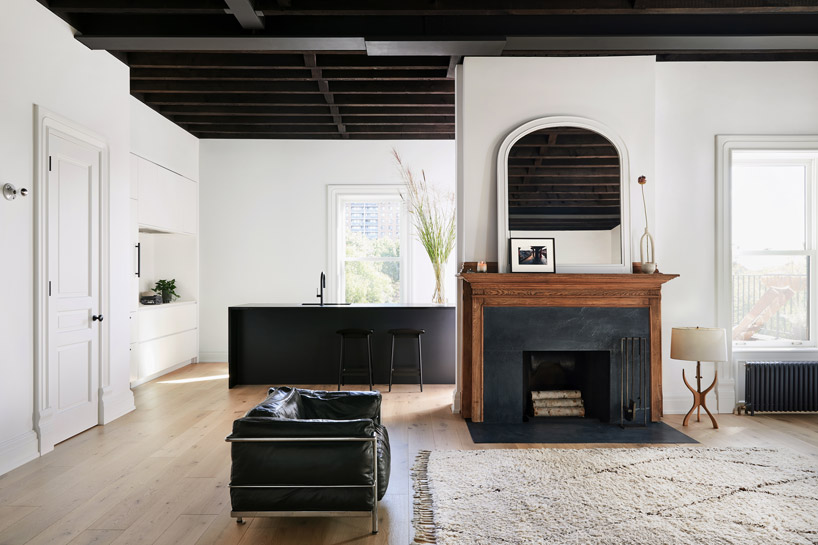 Arnold Studio converted the lower floor into a single, open living area surrounded by storage and functional elements that integrate seamlessly into the perimeter. White oak wood floors and exposed blackened ceiling joists counter one another to highlight the perimeter wall surfaces, which contain both original historical casement details and distinctly modern cabinetry elements. A single monolithic black soapstone counter with an integrated sink is the sole architectural element set within this boundary framework.

On the upper floor, the two bedrooms and bathroom are reached through a staircase that has been rebuilt using the same white oak wood in a seamless continuation of the lower level. in the bedrooms, the roofline geometry is embraced as the primary architectural element in otherwise minimal open rooms with built-in closets. The bathrooms’ material palette consists of handcrafted cement tiles and large format porcelain tiles which are used to form the bath shower area, and brushed brass fixtures that will take on a patina naturally over time. 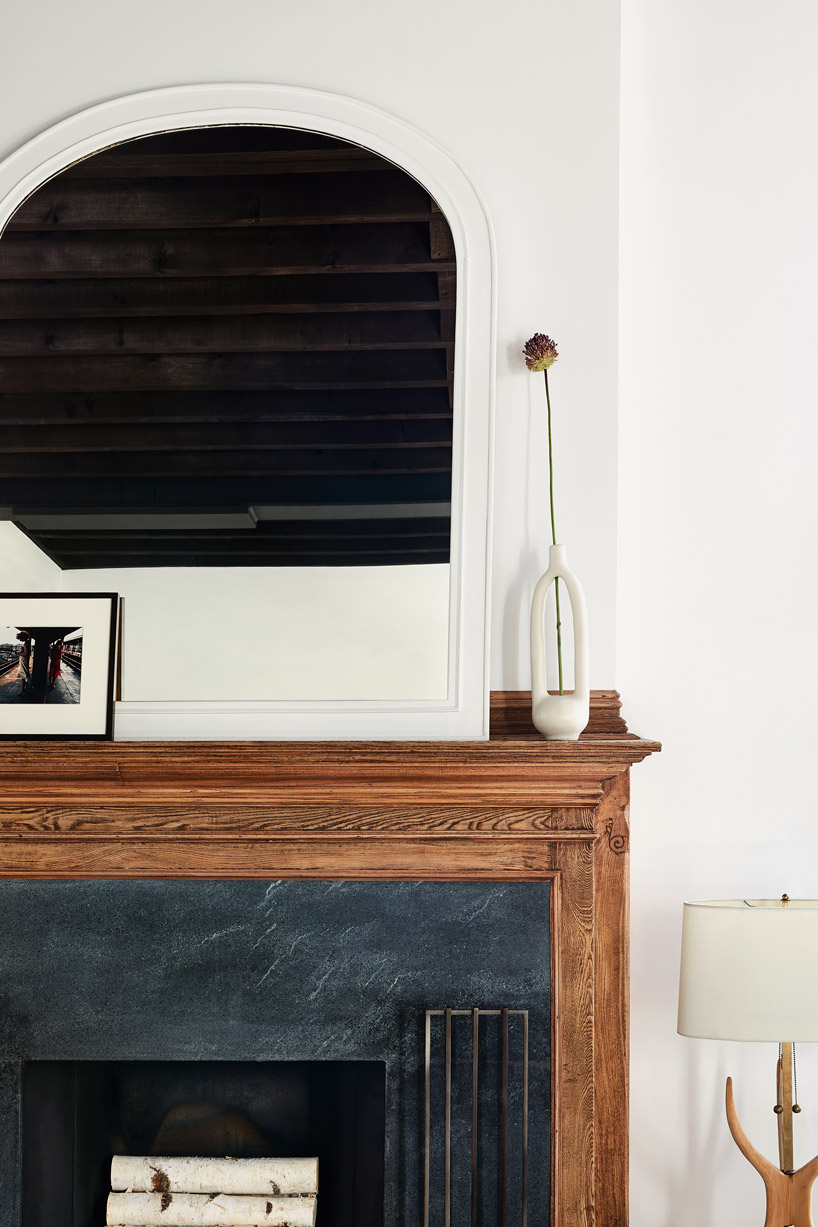 A black and white color palette is combined with light wood and tan leather, which tie together the raw yet sophisticated aesthetic of the residence. The geometric lighting fixtures complement the minimal furniture found in each space. Intricate details such as the shadow bead in the staircase, the mouldings integrated into doors and the refurbishing of the fireplace’s wooden frame, completes the project with a timeless style. 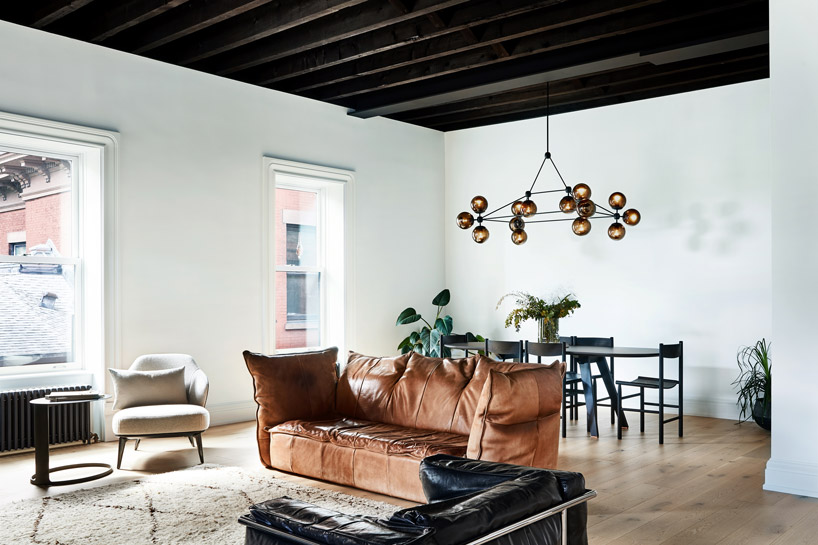 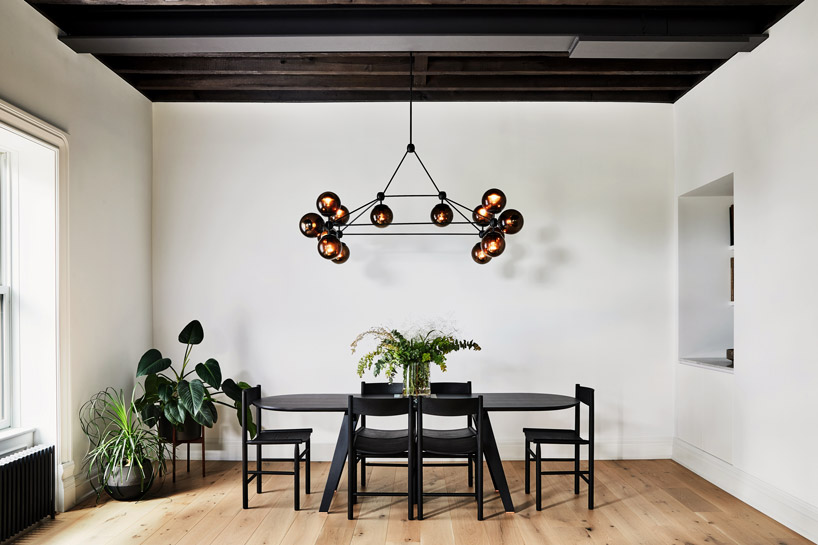 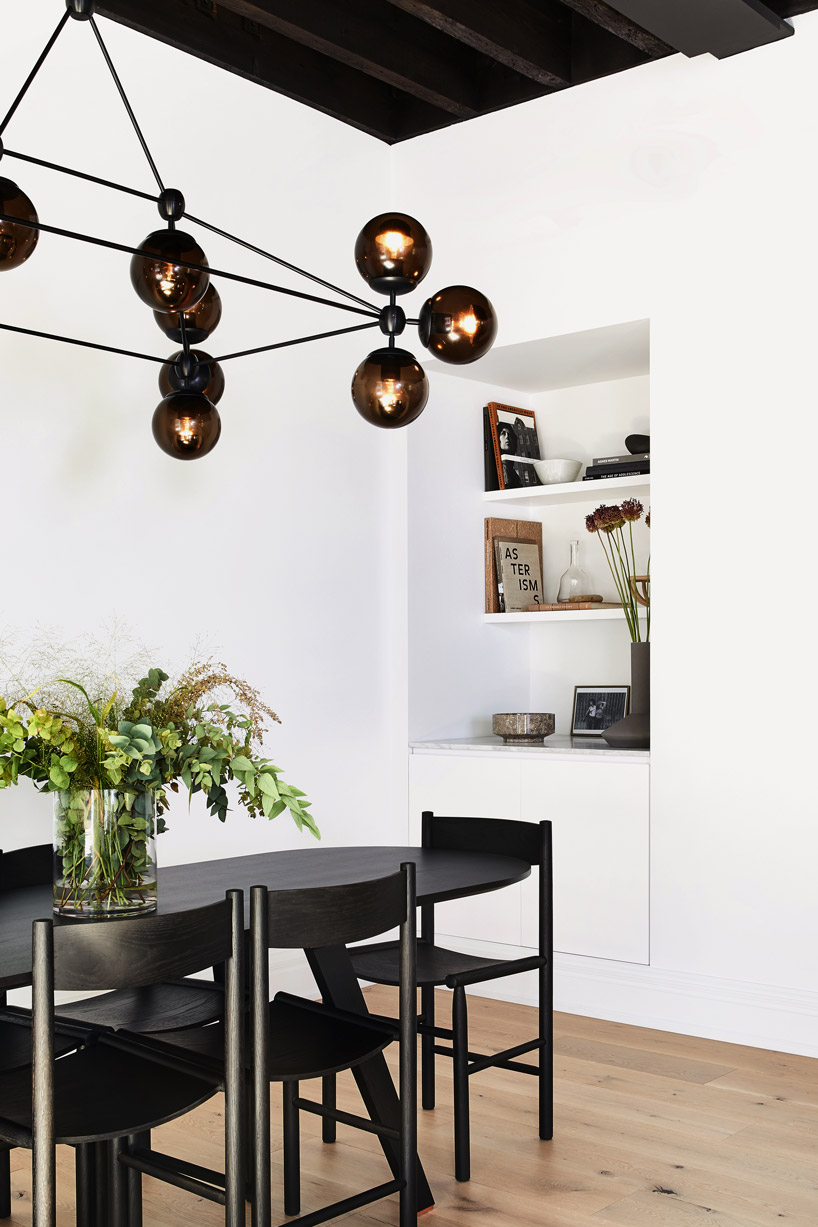 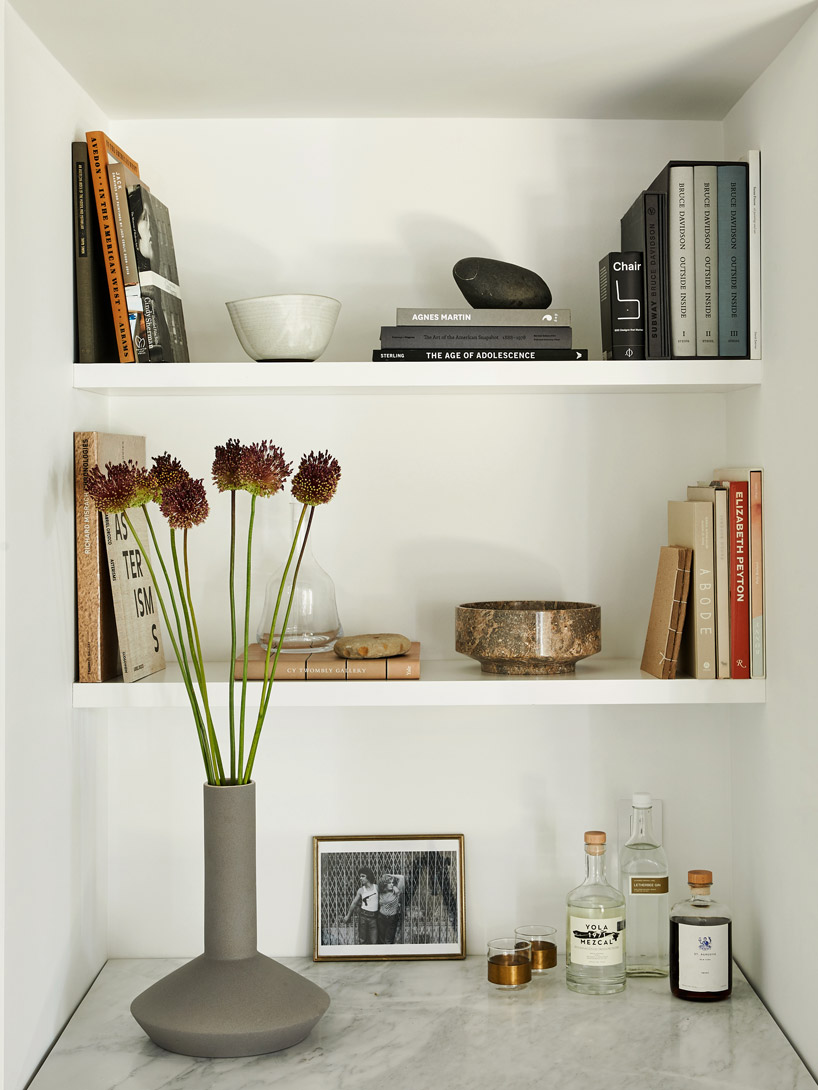 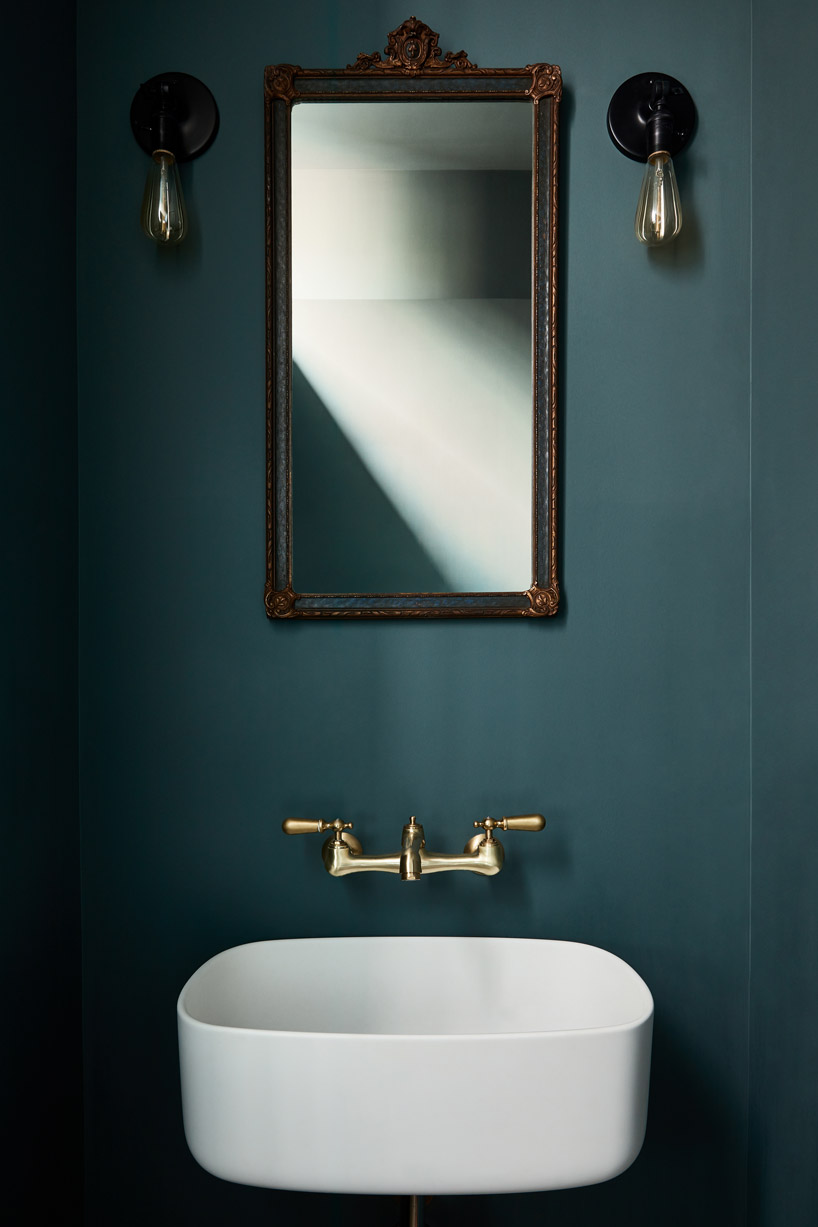 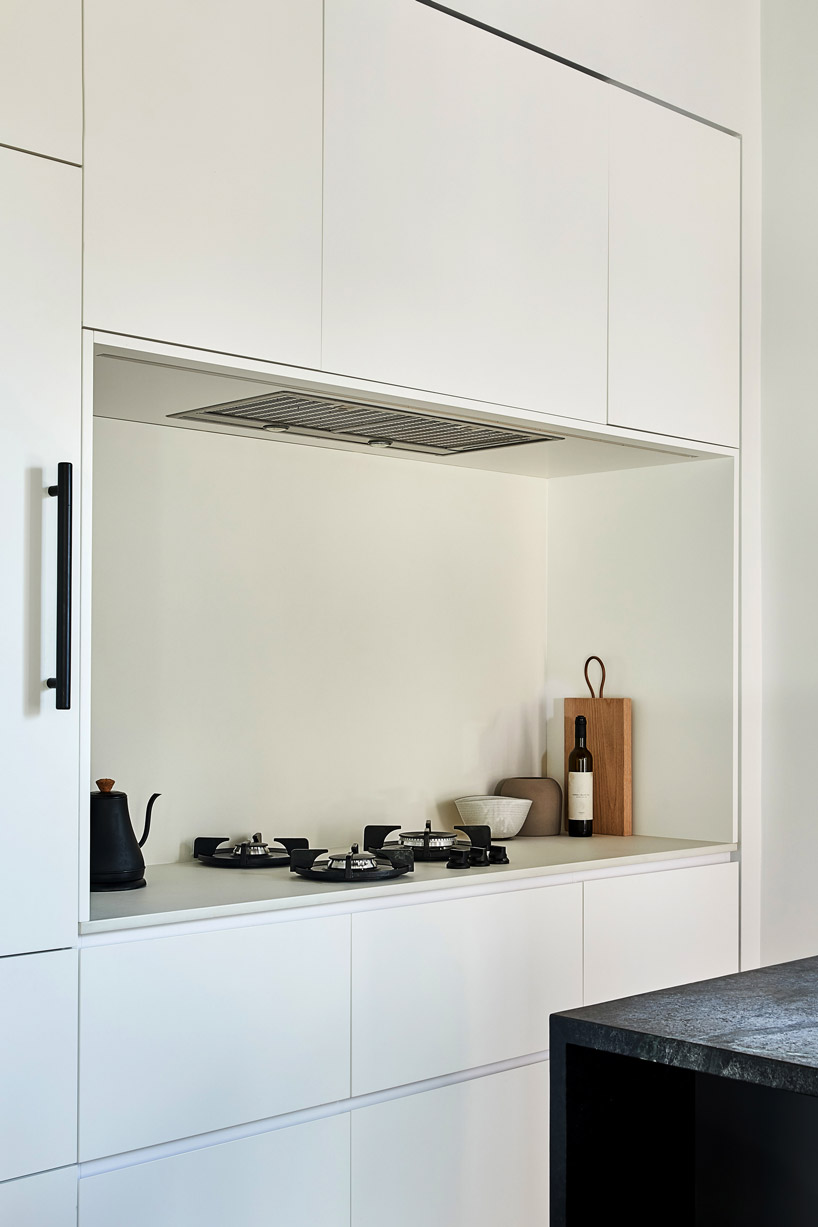 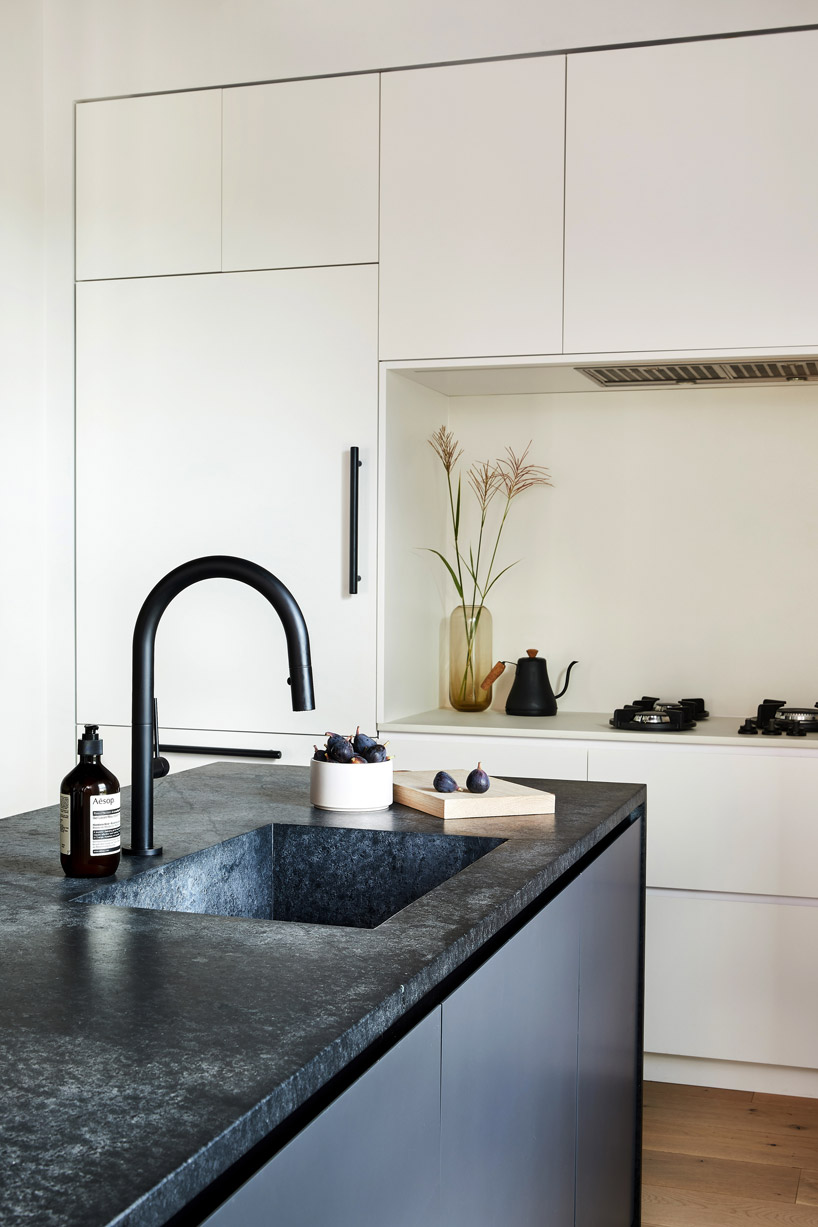 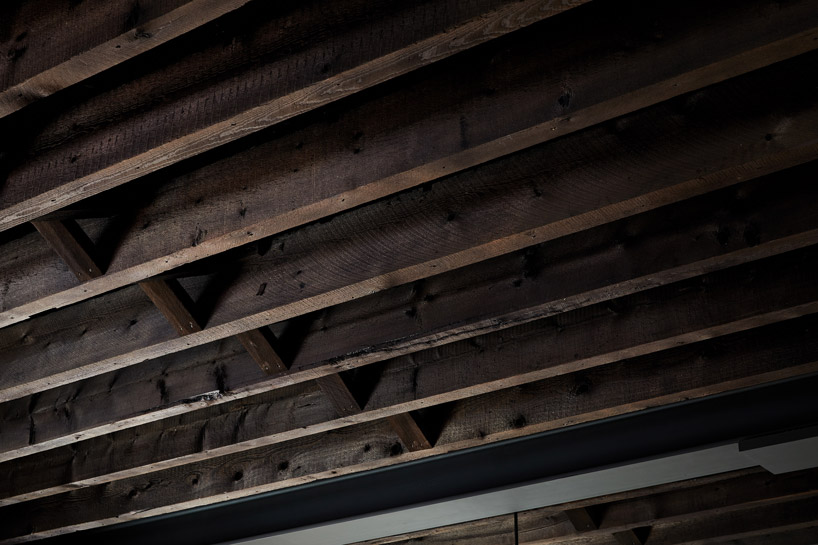 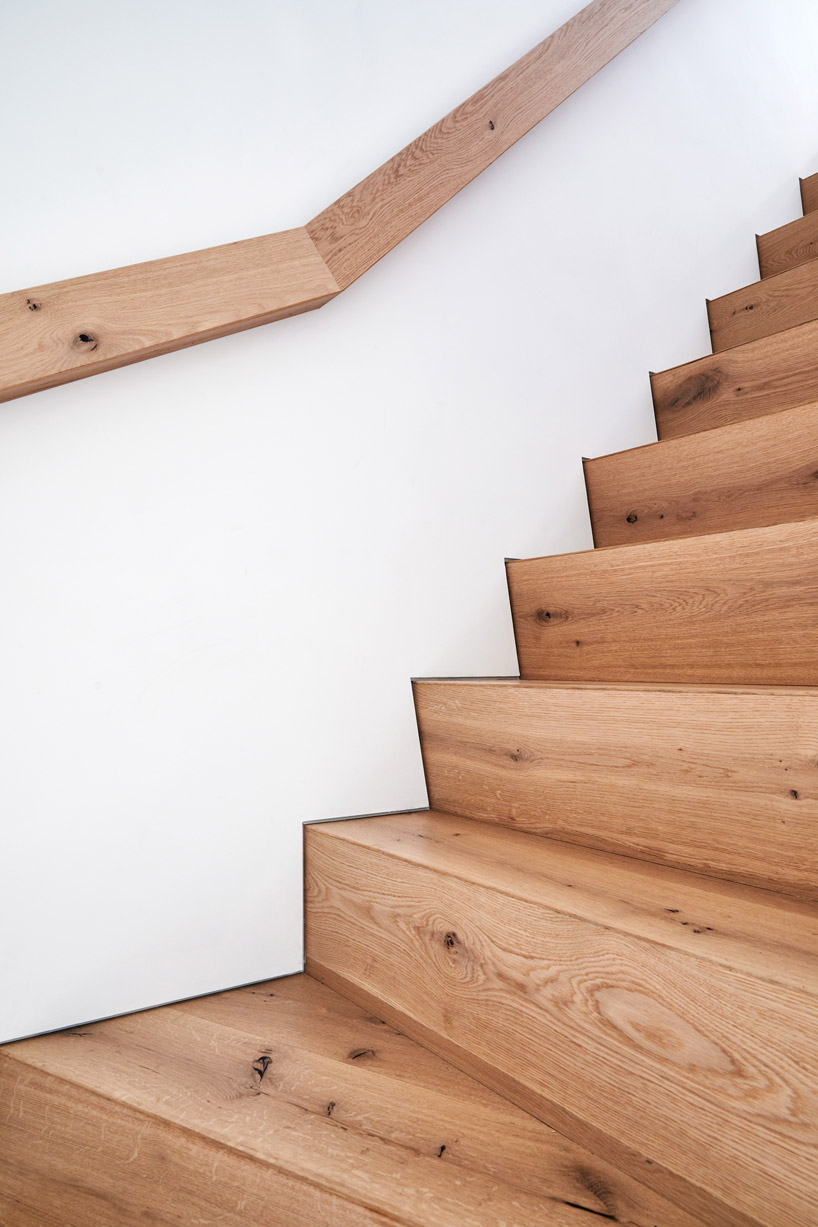 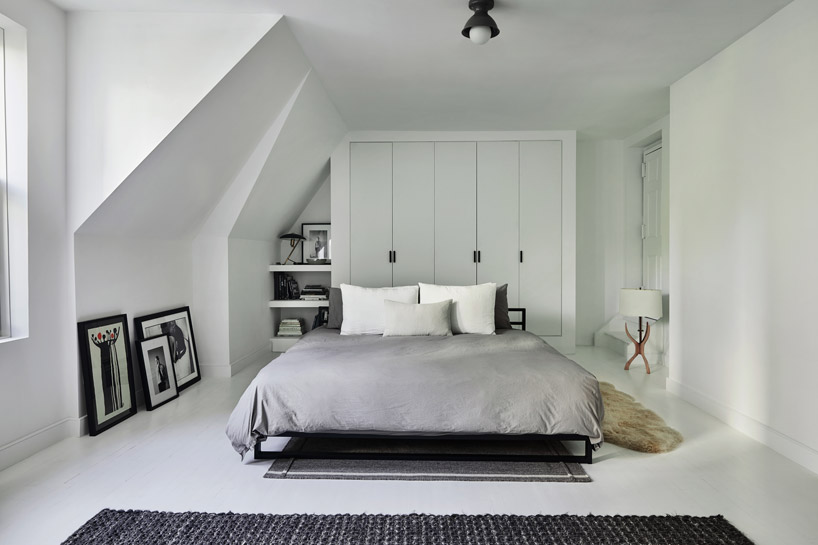 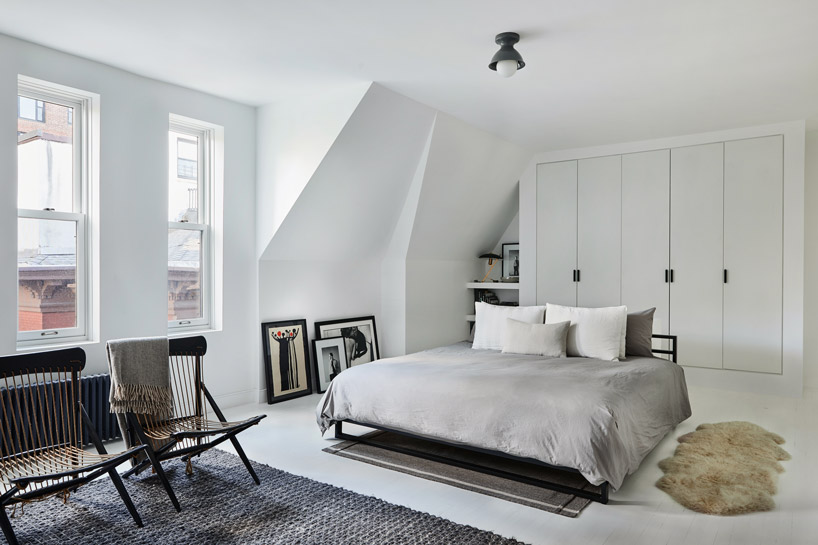 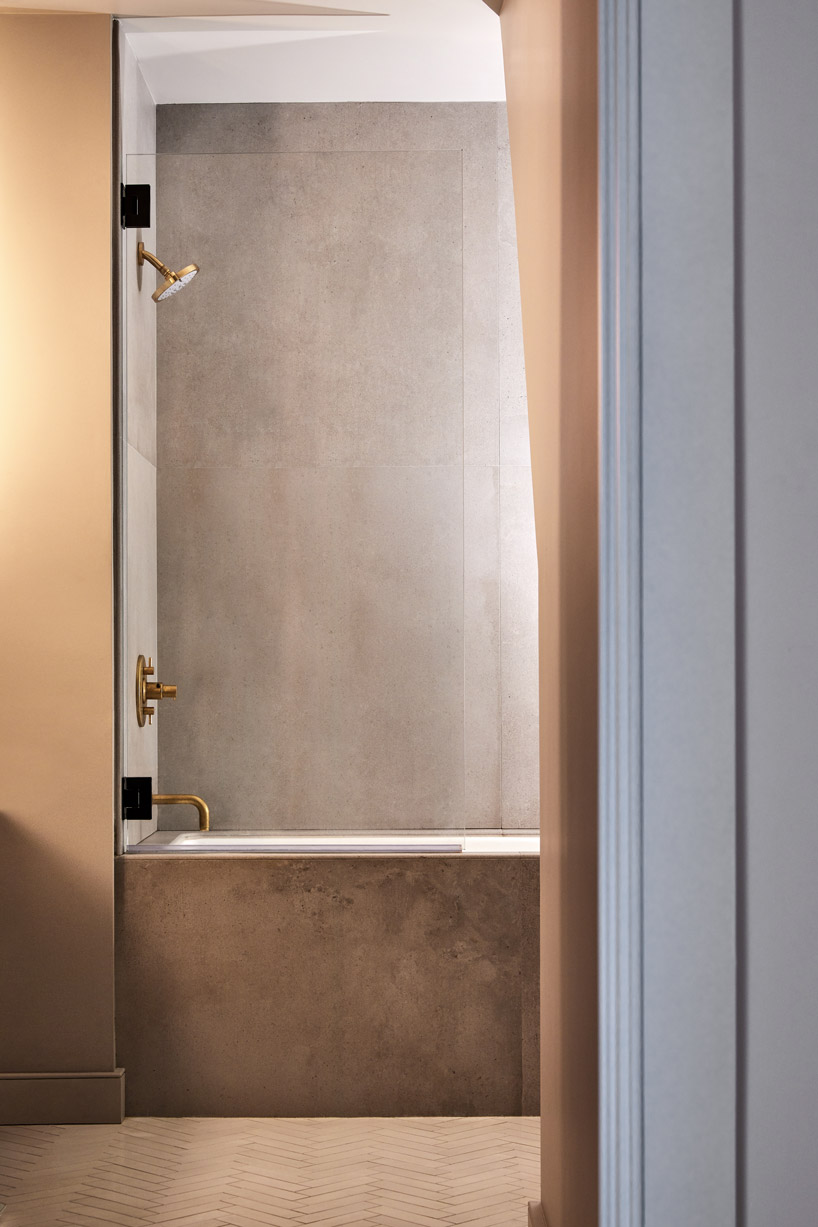 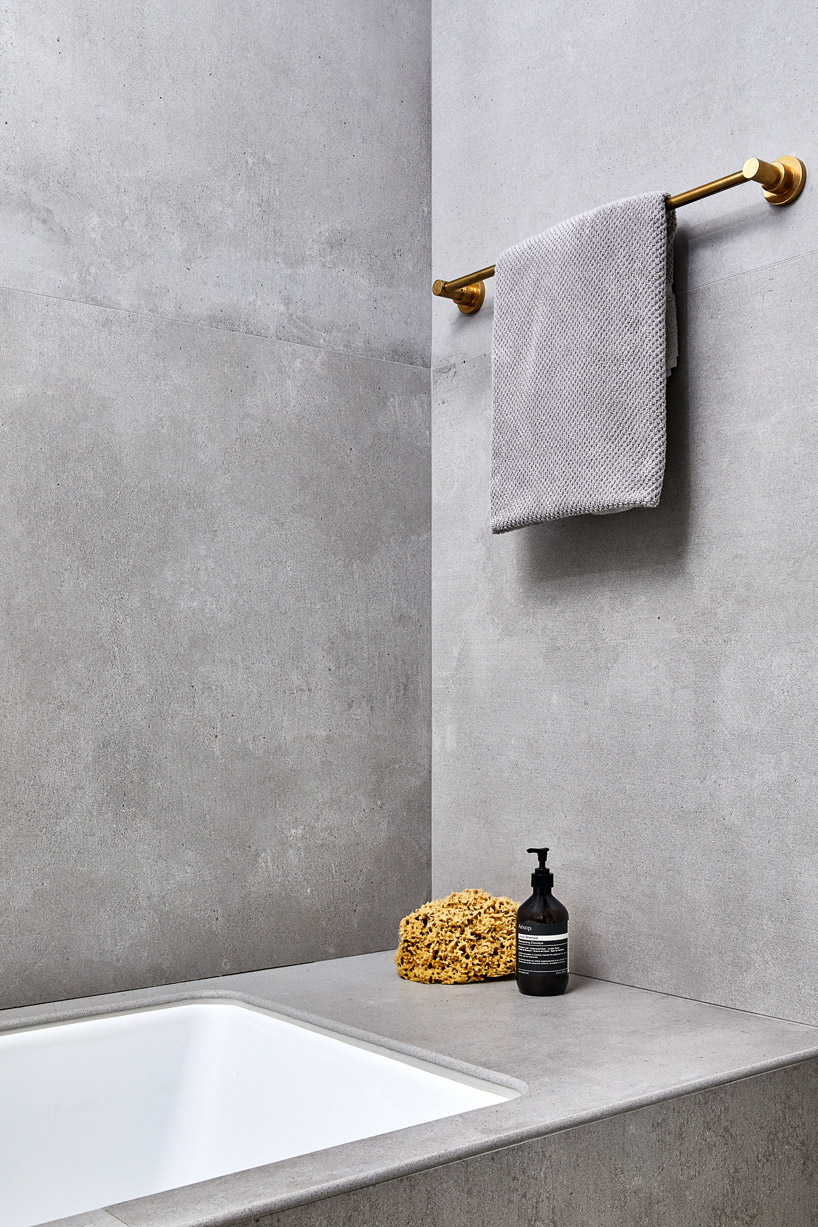 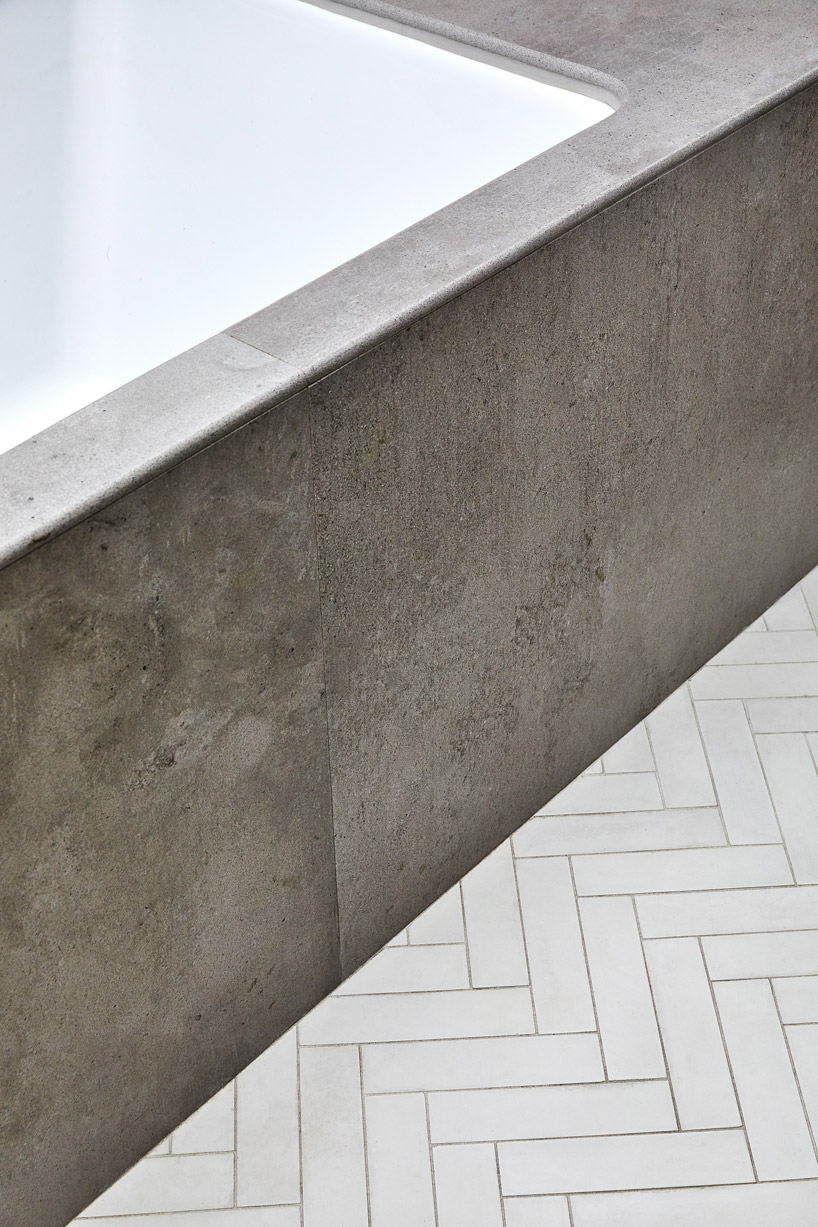 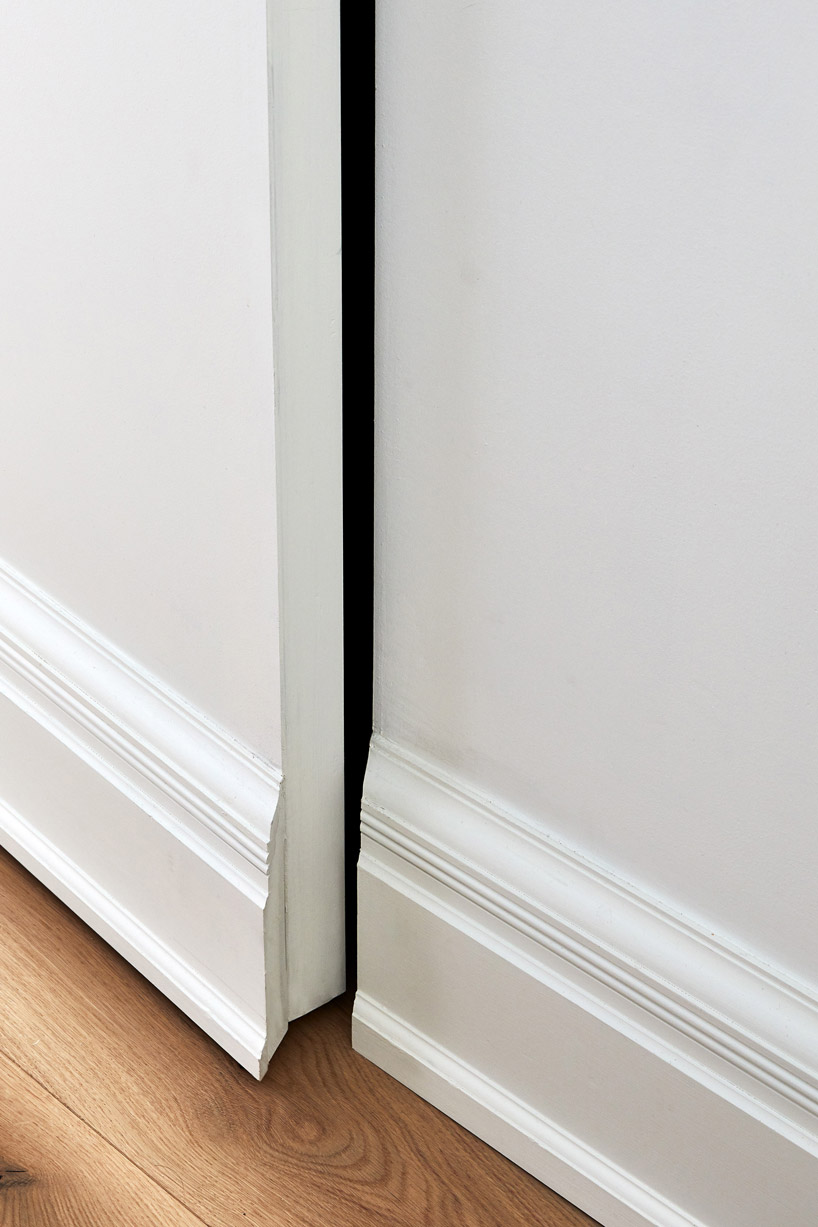 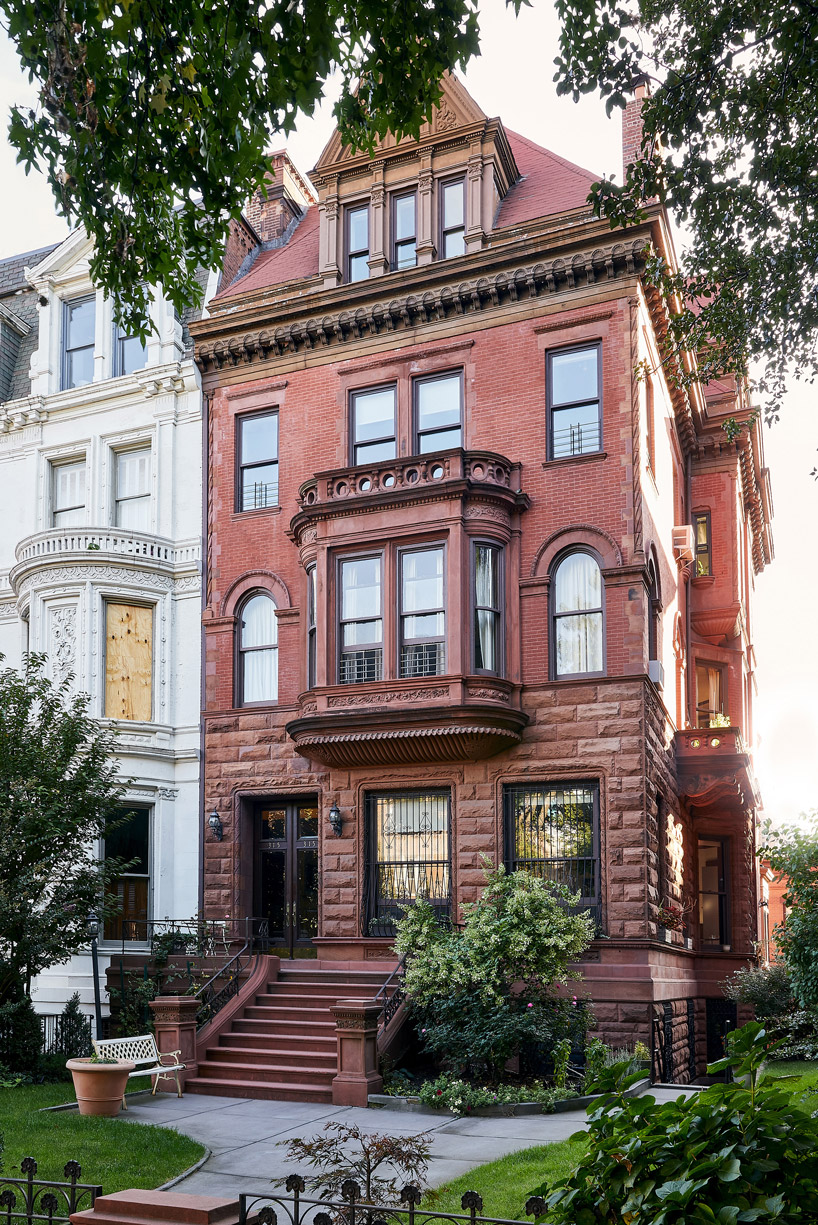