Isay Weinfeld brings lush simplicity to Chelsea for his debut project in New York. The two-tower complex at Jardim pairs an industrial palette with an abundance of gardens.

Brazilian architect Isay Weinfeld has been biding his time to make his New York debut. "I needed to be sure that I would have a good relationship with the client and everybody would be happy in the end," says the Brazilian architect, who opened his São Paulo–based firm in 1978 and has since completed projects in nearly every typology. "I felt that with these clients, I met a good match," he says. Those clients are developers Centaur Properties and Greyscale Development Group, on whose site in West Chelsea Weinfeld has now designed two towers of apartments, coupled by an ethereally lit porte cochere tunnel that runs north to south between West 27th and West 28th Streets and acts as a private entry for their shared lobby.

With just three materials cladding the exteriors—concrete, weathered steel, and a dark brick—the 11-story buildings are a careful exercise in simplicity. Between them, two gardens by Future Green Studio spring up, connected vertically via a concrete spiral stair open to the sky above. And inside, Weinfeld extends his natural poeticism with limestone bathrooms, slatted wood kitchens, and sky-high ceilings met by pocket windows with garden views. On a recent tour, AD PRO gathered the architect's thoughts on the project. 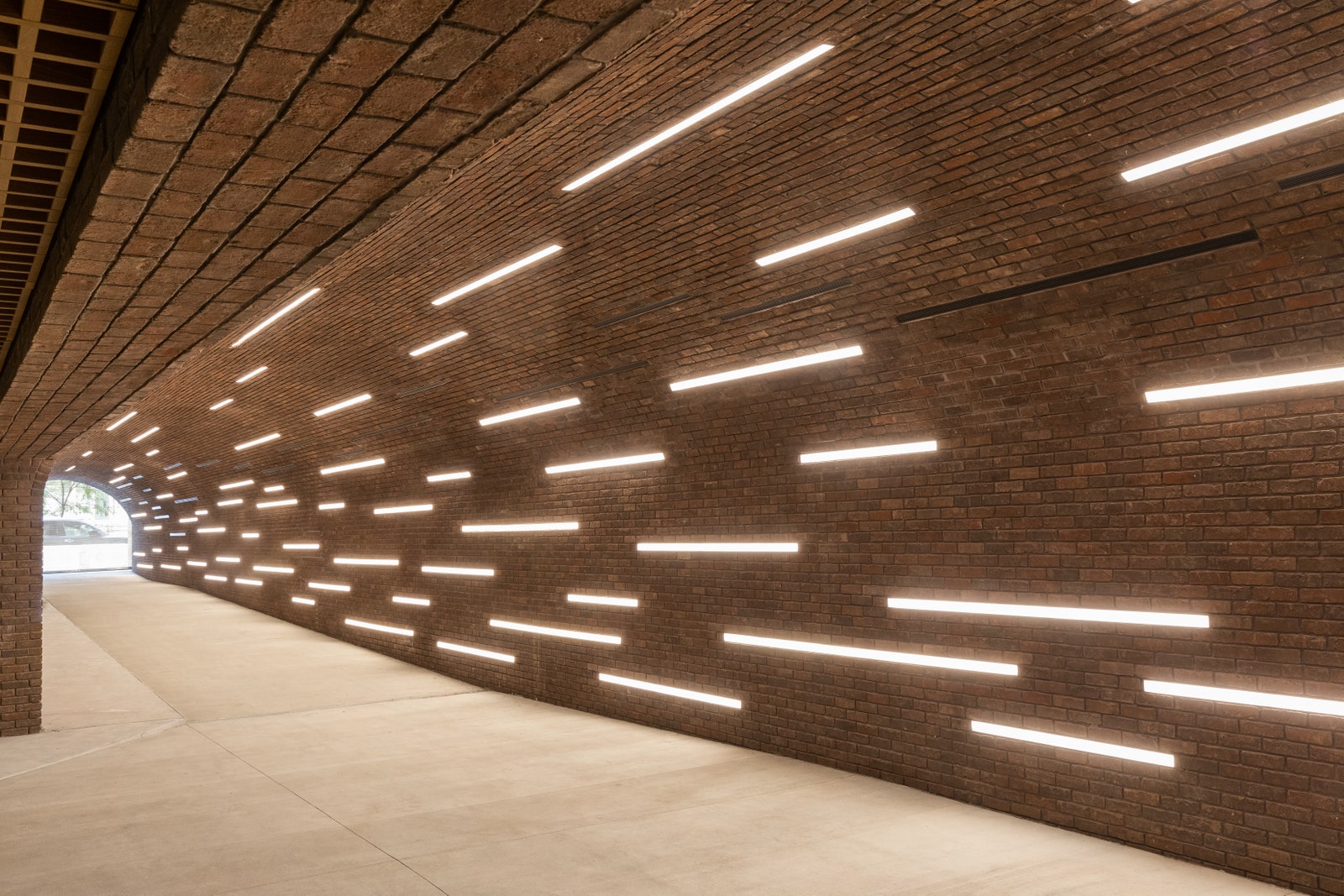 A porte cochere tunnel, which connects West 27th and West 28th Streets, acts as a private entrance for the building.