When the first segment of Manhattan’s High Line was completed, it marked a major moment in the revitalization of Tenth Avenue. Now, CookFox Architects hopes that an effort to reinvigorate a de-industrialized space will do something similar just one avenue further west.

Recently, the Manhattan-based architecture firm announced its plans to “reactivate” the Terminal Warehouse in West Chelsea, transforming the 1891 industrial building into a space for work and shopping that will keep with the building’s commercial legacy. The project looks to preserve many of the 19th-century elements that lend the structure its unique sense of history. Interior spaces will be reorganized to show off interior and exterior brick, timber beams, and arched windows, while an emphasis on iron will add an authentic aesthetic touch. 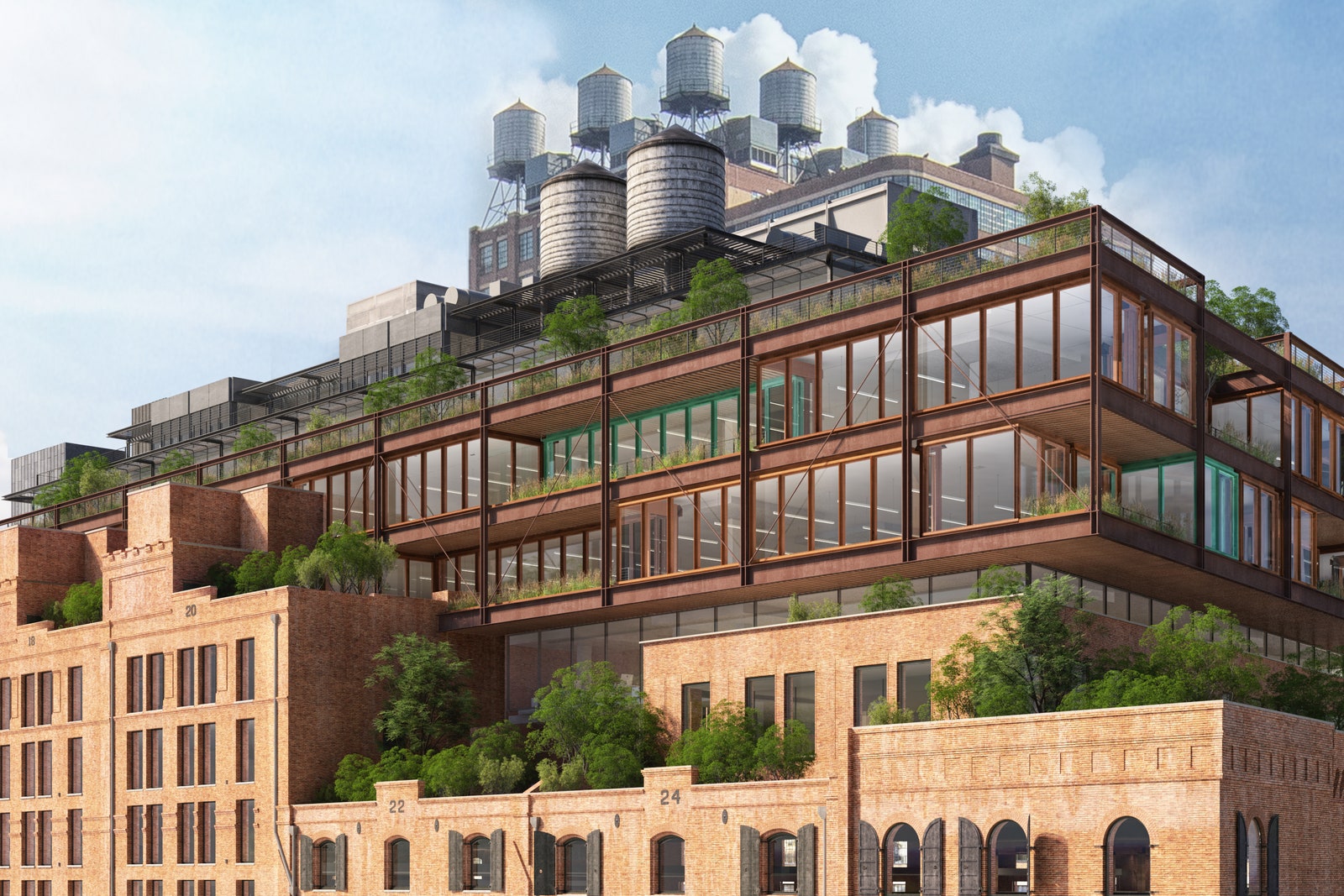 A closeup look at CookFox's design.

Those industrial flourishes will be juxtaposed with an emphasis on biophilic design. A series of penthouse-like terraces highlighting outdoor green space will sit atop the existing structure, providing new views of the nearby waterfront. A purpose-built courtyard at the center of the warehouse space will inject additional light and greenery into the structure. In addition to its emphasis on nature-inspired design, CookFox stated in a press release that Terminal Warehouse will “incorporate state-of-the-art energy efficiency strategies and achieve rigorous wellness certification standards."

Additionally, the railroad tracks running the length of Terminal Warehouse will define a commercial market space, likely somewhat similar to the nearby Chelsea Market. This component will also invite the public to roam freely inside, thanks to an open door policy that's a bit more friendly than that of the site's predecessor, the famous New York nightclub Tunnel.

Though an exact timeline for the project remains unknown, early renderings portray the redesigned Terminal Warehouse as a structure that’s certainly worth trekking out to 261 11th Avenue to see once it’s opened. And for local designers, who likely know the building as the former site of NYCxDesign event WantedDesign (which just announced a move to Javits Center in 2020) and the location of the 1stdibs Gallery, that may particularly ring true.