Shipping Containers Turned into Vacation Home for Family of Five

MB Architecture was commissioned to design a vacation home for a family of five on a limited budget. The firm used six shipping containers to create a four bedroom house that it says was significantly more affordable to build than typical construction methods would have been.

The project, named Amagansett Modular, is located on an awkward triangular wooded site in Amagansett, East Hampton, New York. Unfortunately, we've no hard figures available on the budget, though MB Architecture told us that its cost per square foot worked out at roughly 30 percent cheaper than a typical home in the area.

"Based on prior experience, we knew that conventional 'stick-build' construction using local labor would be prohibitively expensive," says the firm. "We suggested prefabricating the building off-site; and use of shipping containers to lower cost, ease transportation, and provide the kind of design experimentation that they were open to. Our past work proved that by streamlining this process, we could achieve significant cost reductions." 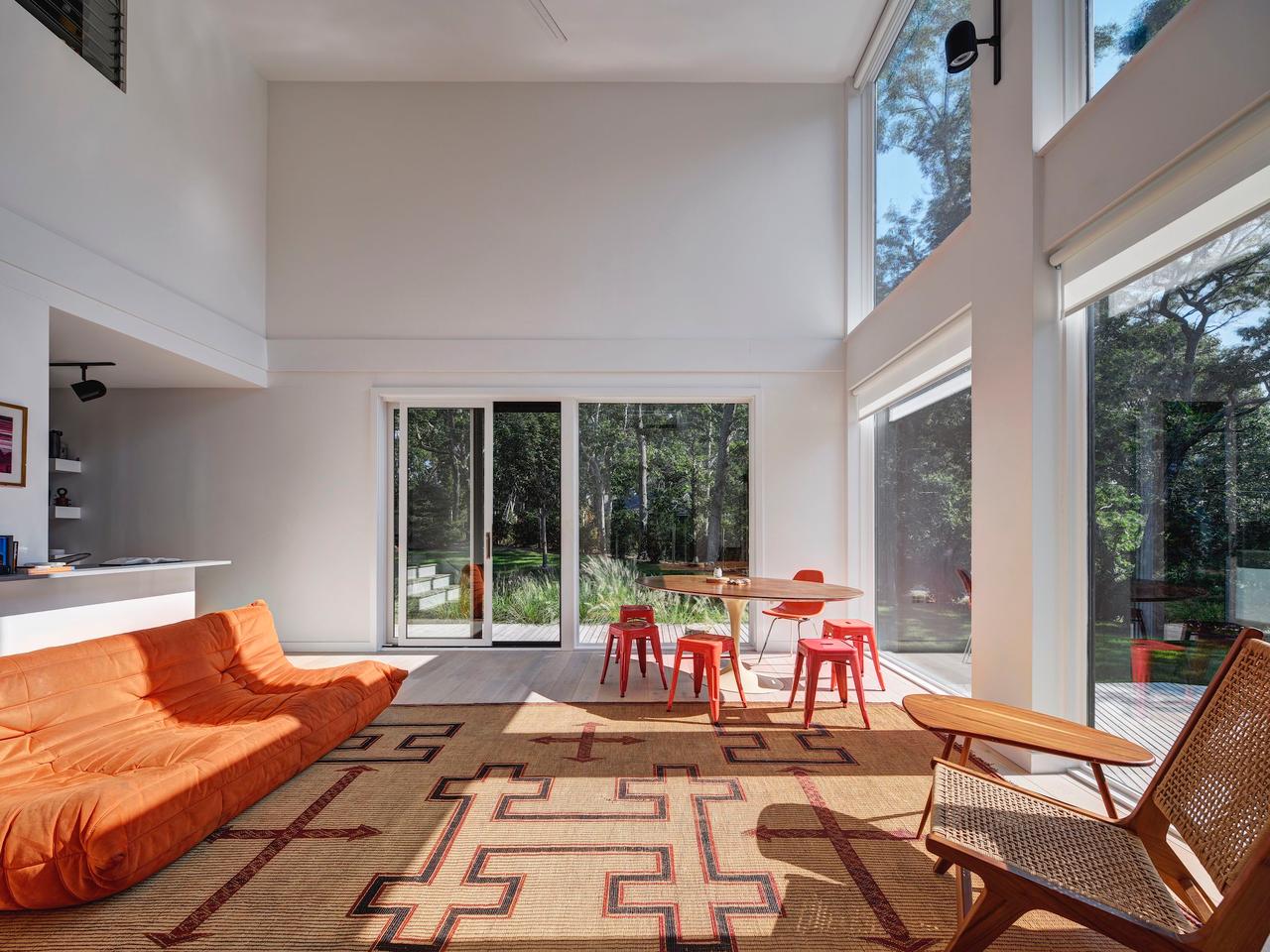 The wide staircase serves as an extra seating area. Additionally, one of the bedrooms is separate from the main home and reached by a small corridor. There's also a pool outside – though, alas, it's not a shipping container pool. 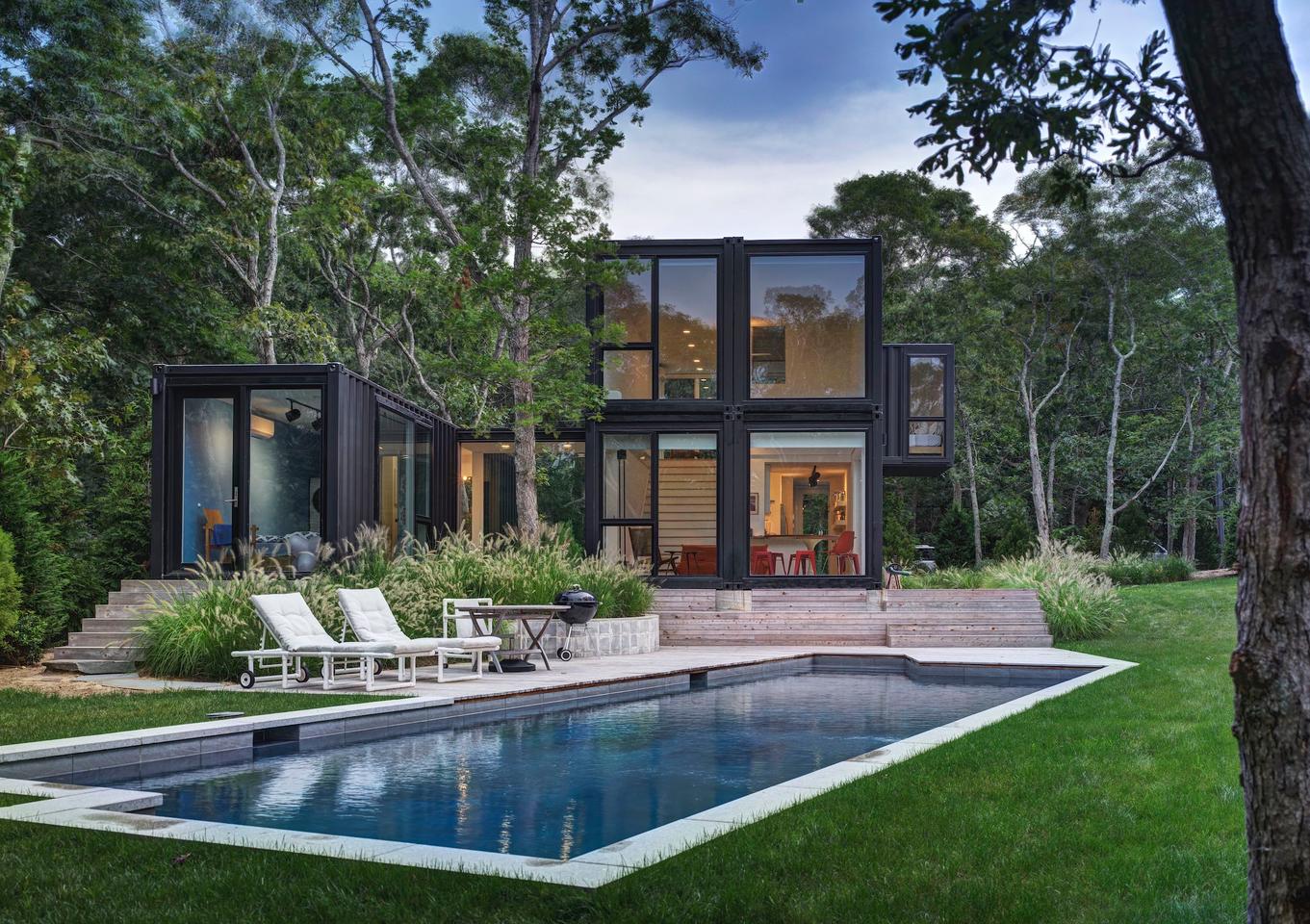 Amagansett Modular includes a pool in the garden Matthew Carbone

We quizzed the firm on how it mitigated the shipping containers' poor energy performance, which is always a concern with these projects, and were told that it meets or exceeds all New York State building codes and is well insulated.

Amagansett Modular was prefabricated and then transported to site and installed in two days, which is pretty fast, though not quite as fast as MB Architecture's previous Bard Media Lab.