New York architecture firm Skidmore Owings & Merrill (SOM) unveiled the visuals for The Walt Disney Company's new Manhattan headquarters today. The project is set to span an entire city block in the neighbourhood of Hudson Square, which is north of Tribeca and west of SoHo.

Named called 4 Hudson Square, it will comprise a series of structures of different heights – some blocks will rise to 19 storeys, while others to nine levels. 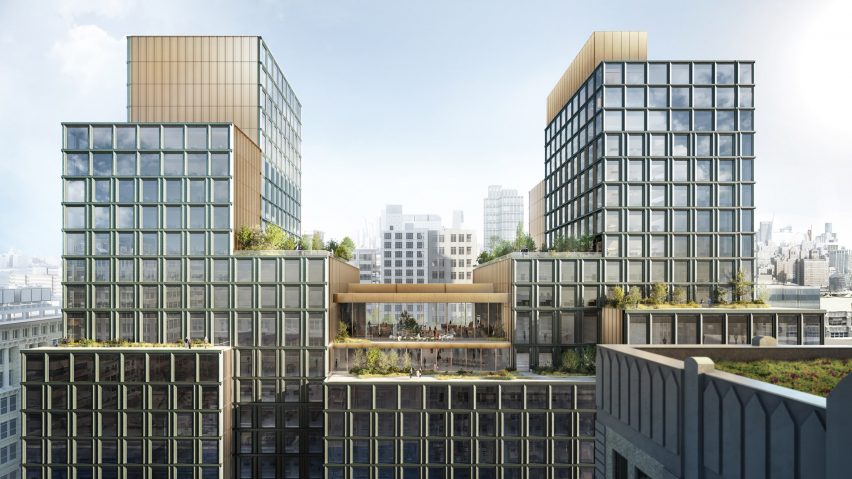 The Disney complex is designed to integrate with the many brick buildings and former lofts in the historic New York neighbourhood, which was formerly a printing district. All of 4 Hudson Square will be constructed in the same style of rectangular windows encased in a grid of green terracotta tiles.

"The Walt Disney Company’s new headquarters for its New York operations will fit seamlessly into its neighbourhood of Hudson Square," said SOM.

"The 19-storey, as-of-right building will rise in a series of graceful setbacks, which culminate in two, 320-foot towers and several terraces matching the scale of Hudson Square." 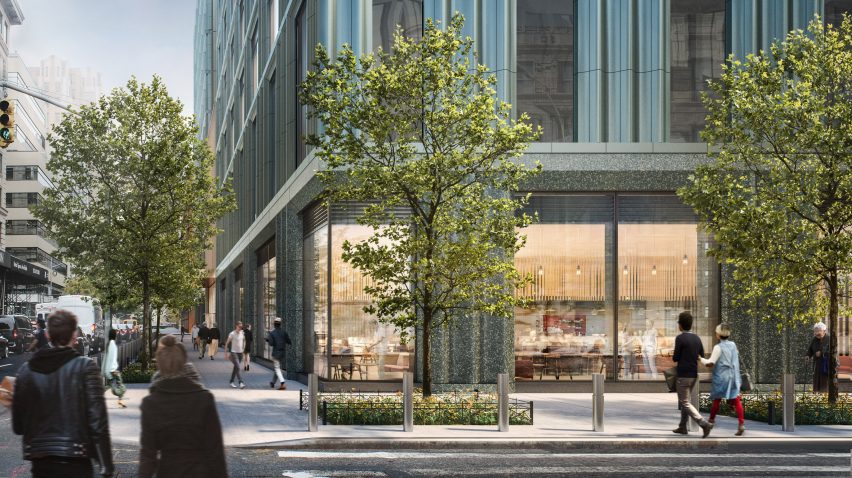 "The building's facade design is inspired by the material palette of Hudson Square – a neighbourhood of masonry and stone, as well as bronze-coloured metal, hints of colour, and punched windows," said SOM.SOM's complex will feature double- and triple-columned panelling of tiles coloured green, intended to complement the surrounding brick structures.

"With a soft and sinuous profile, rich texture and materiality, and deep-set picture windows, the new structure will harmonize with its surroundings while expressing a contemporary aesthetic."

Disney's 4 Hudson Square will be on a plot that currently houses an eight-storey brick structure and an adjacent two-story building painted bright red. 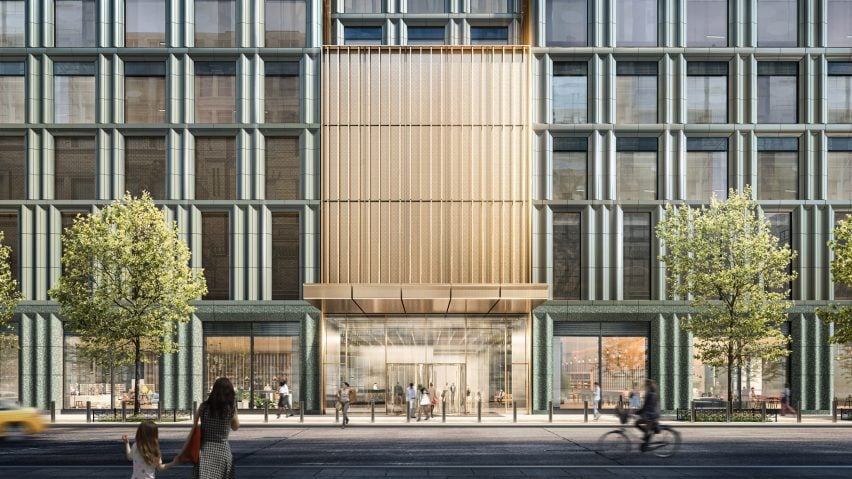 The New York office building will stretch from Vandam Street to the north, Spring Street to the south, Varick Street east and Hudson Street west. It will be topped with different patios at the varying roof heights.

Disney will move its New York operations from West 66th Street on the Upper West Side to the new structure. The ground floor will be dedicated to retail areas, while offices will be placed on the floors above with large expansive plans.

"The architecture of the former 'printing district' called for large floors, and the site of the new headquarters allows for floorplates that reach up to 85,000 square feet – a size ideally suited to contemporary media production – with 1.2 million gross square feet in total," SOM said. 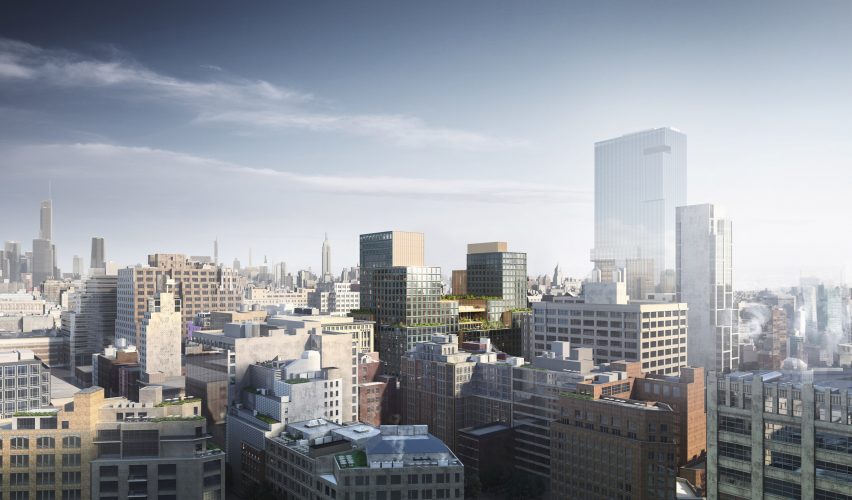 Disney is a media company based in Burbank, California that operates 14 theme parks around the world, in addition to Walt Disney Pictures, Pixar, Marvel Studios, ABC network, ESPN sports and National Geographic in addition to many other outlets.

In addition to this project, SOM has also released plans for new concourse terminals at Chicago O'Hare Airport, a supertall skyscraper in Dubai and a new Chicago neighbourhood called Lincoln Yards.