In the aftermath of the tragedy, smoke filled the air, casting a grey film over the city's Financial District. As the smog began to lift, New Yorkers were confronted with the glaring disappearance of the Twin Towers, a structural duo that had become synonymous with the city itself. Movies and television shows scrambled to replace or eliminate scenes of the buildings, and video games and animated features changed their storylines to reflect their absence.

By 2002, construction began on 7 World Trade Center one of seven new buildings at the original World Trade Center site. In the coming years, the skyline made way for cranes and steel columns as builders laid the foundation for the complex. By the end of 2014, three buildings in the site's master plan were standing. The fourth building, 3 World Trade Center, opened on June 11, 2018.

The most iconic of these renovated structures, One World Trade Center, is now the tallest building in the Western Hemisphere. At 1,776 feet high, the tower is a glaring reminder of the city's reconstruction and rebirth.

The following images trace the evolution of New York's skyline before the attacks, on the day of 9/11, and on every anniversary thereafter. In addition to huge structural changes, the images depict citywide tributes to the nearly 3,000 lives lost. 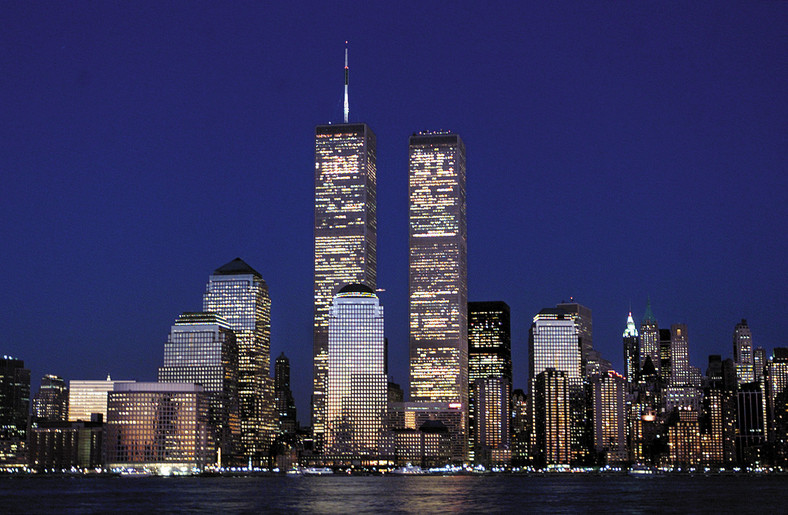 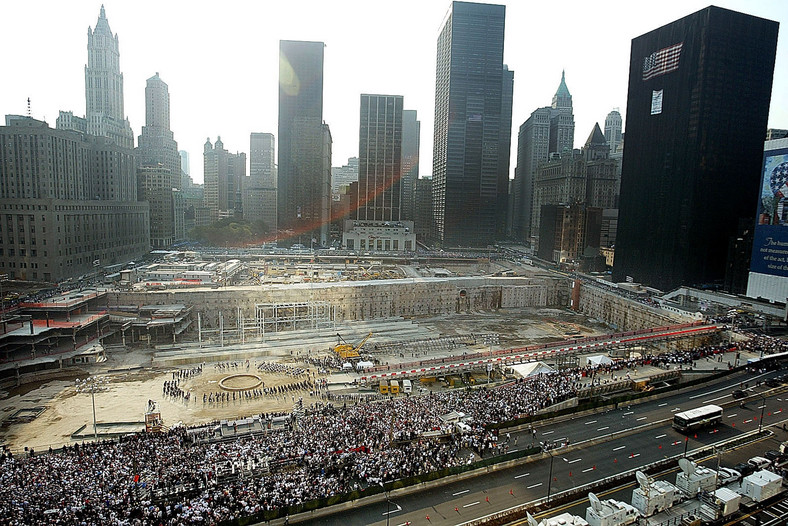 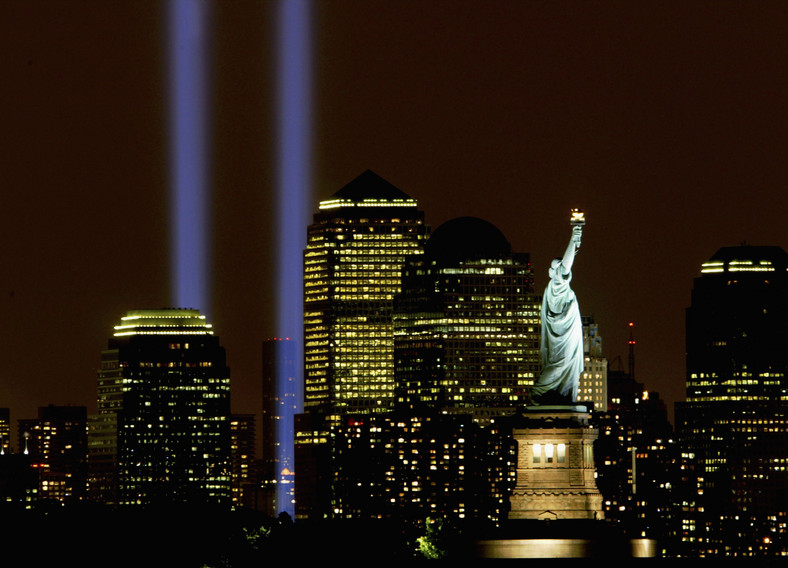 New York City commemorates the attacks each year by casting 88 searchlights into the sky, creating two columns of light to represent the Twin Towers. The installation, known as Tribute in Light, started on the first anniversary of 9/11 and has since become an annual memorial. 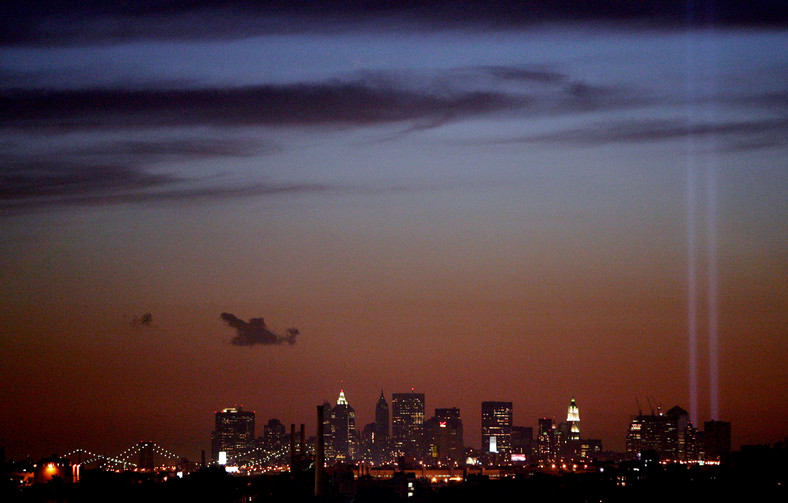 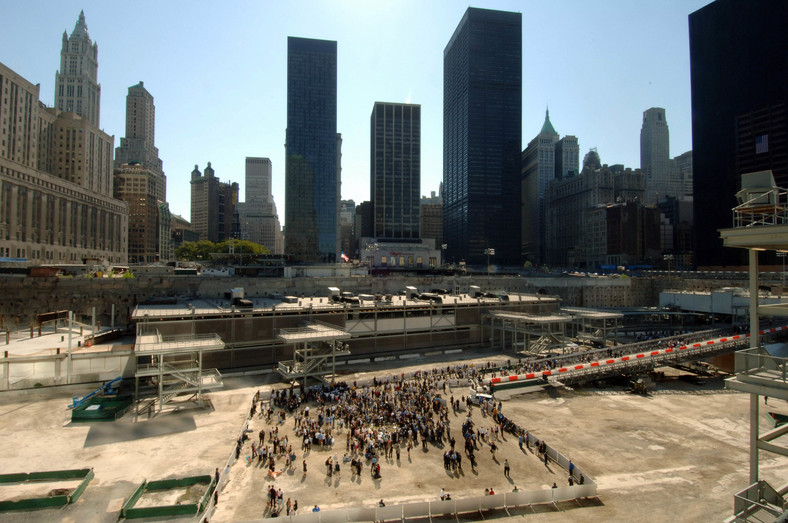 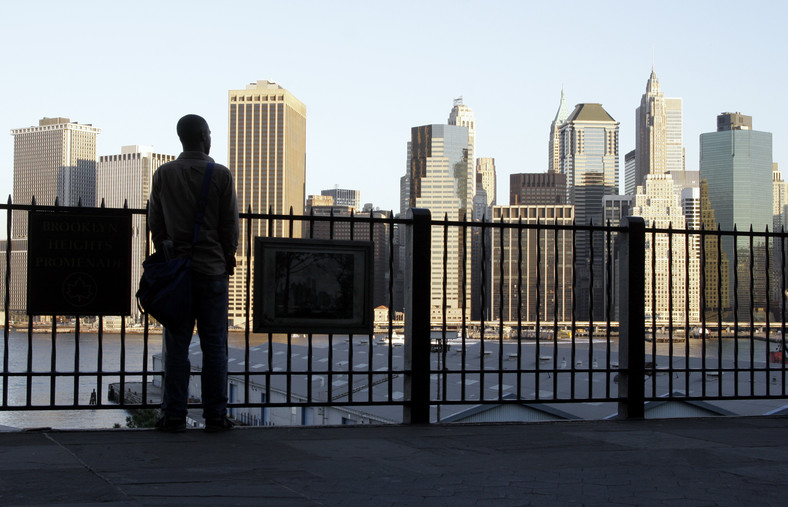 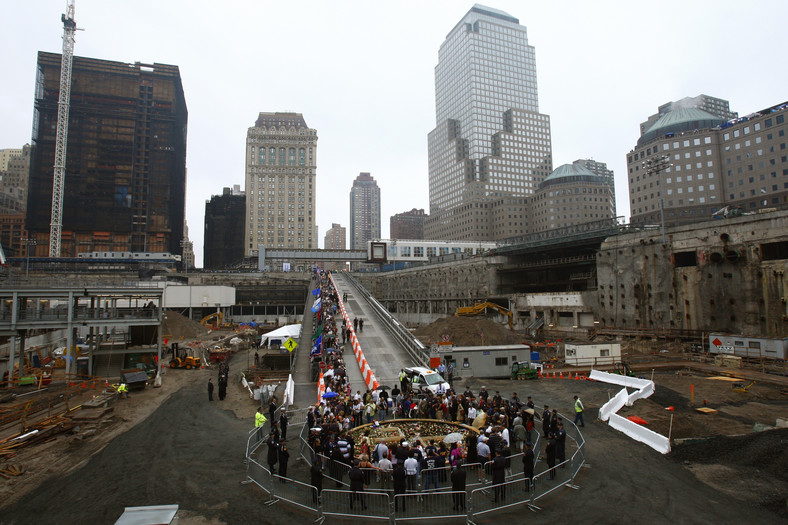 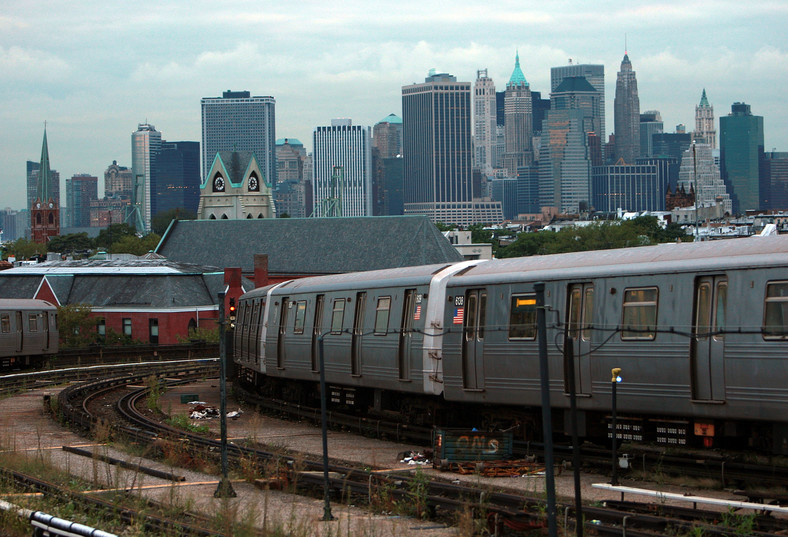 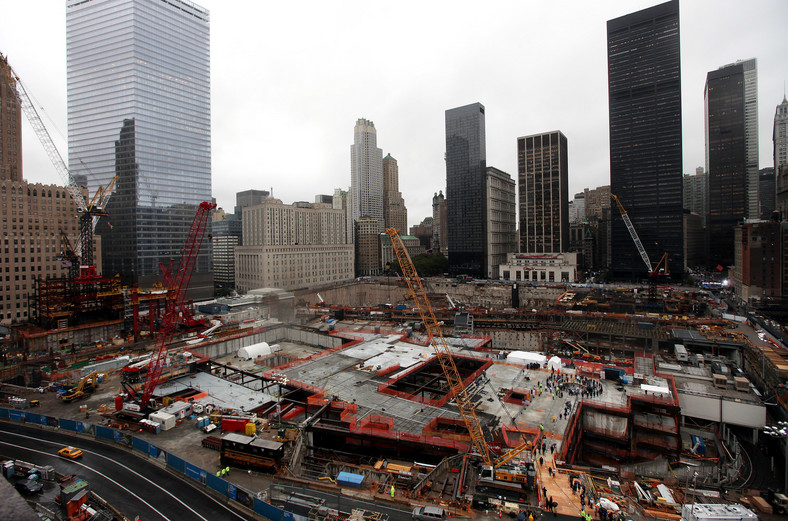 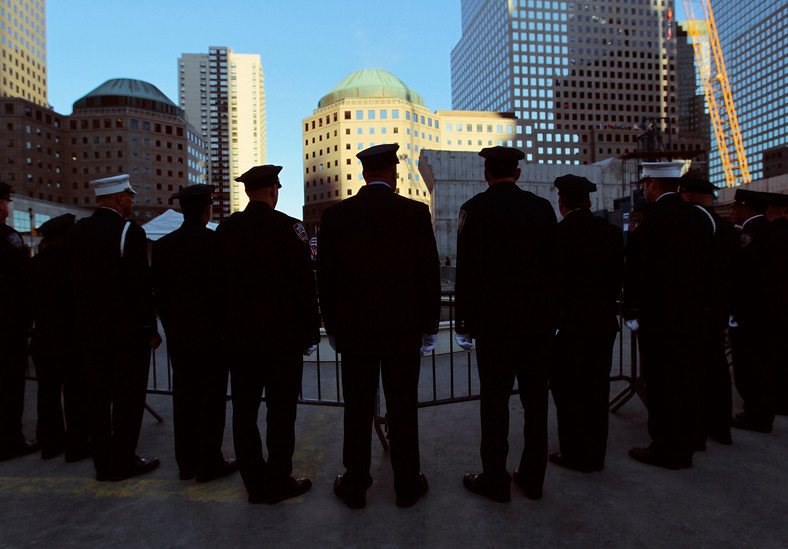 Since 2011, politicians have not been allowed to read names or deliver remarks at the 9/11 commemoration service in order to preserve the apolitical nature of the ceremony. 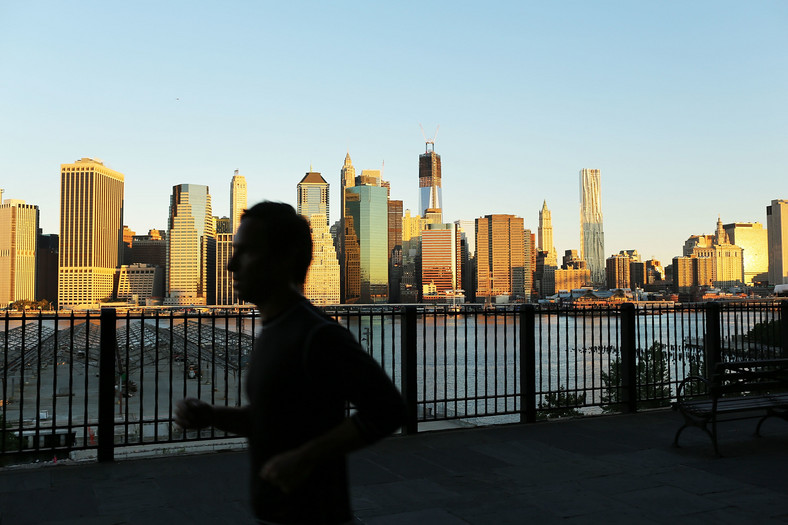 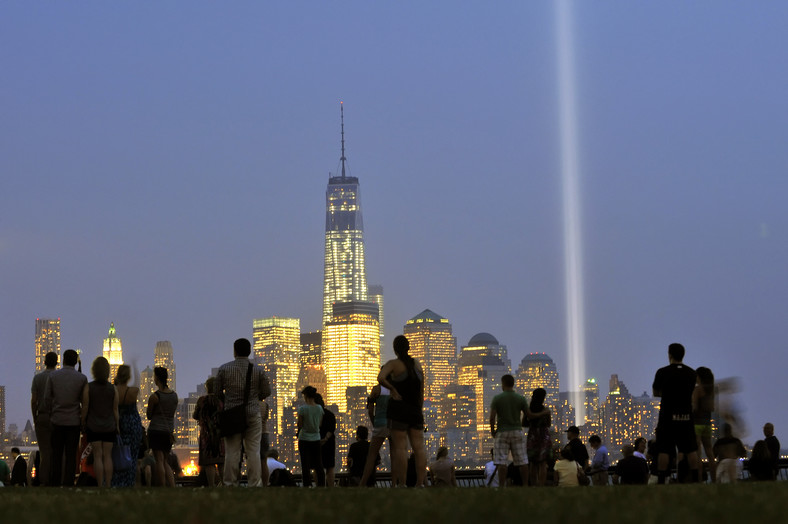 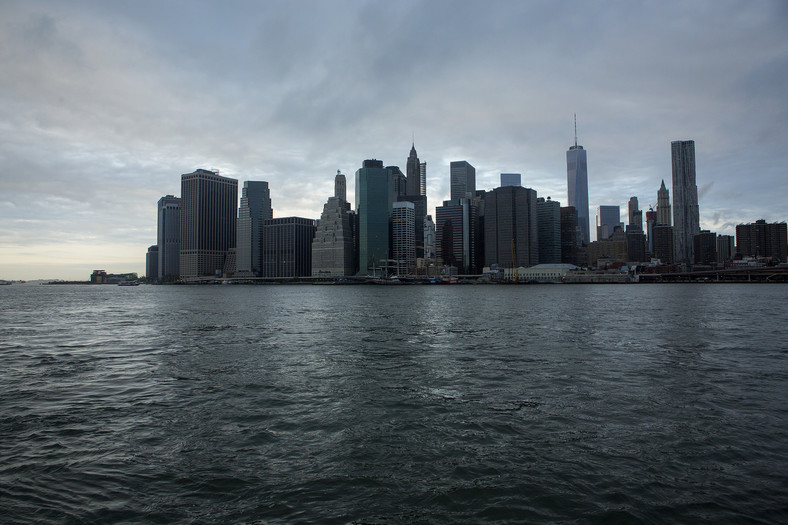 As New Yorkers gathered for another year of memorial services, former President Obama delivered a speech at the Pentagon in Washington, DC. "Beginning tomorrow, there will be teenagers young adults who were born after 9/11," Obama said. "While these young Americans did not know the horrors of that day, their lives have been shaped by all the days since." 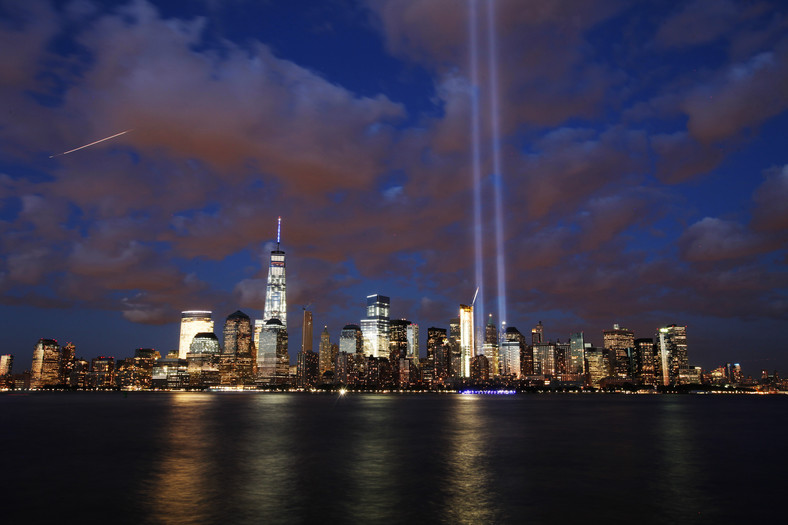 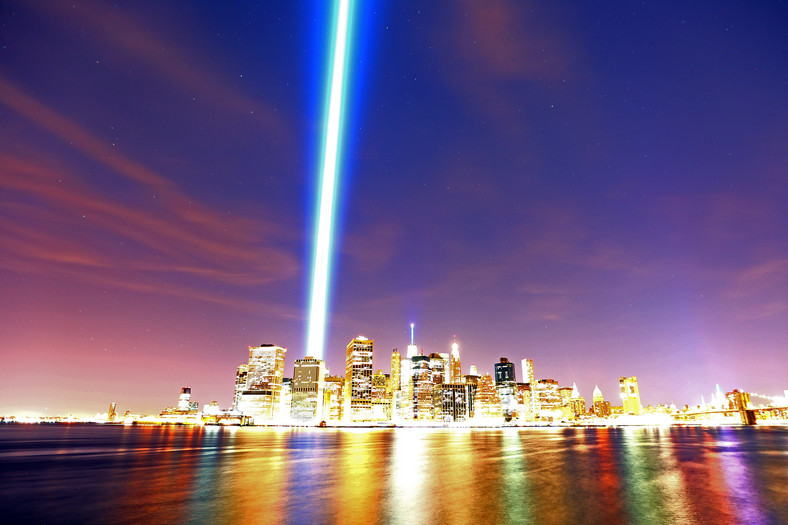 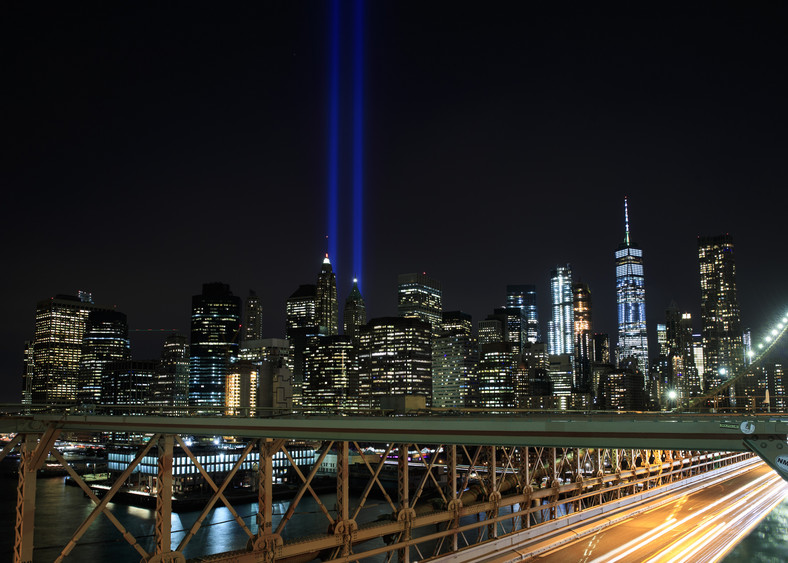 President Donald Trump delivered remarks at the Pentagon's 9/11 memorial service last year. "We're gathered here today to remember a morning that started very much like this one," he said. "On that day, not only did the world change, but we all changed. Our eyes were opened to the depths of the evil we face. But in that hour of darkness, we also came together with renewed purpose. Our differences never looked so small, our common bonds never felt so strong." 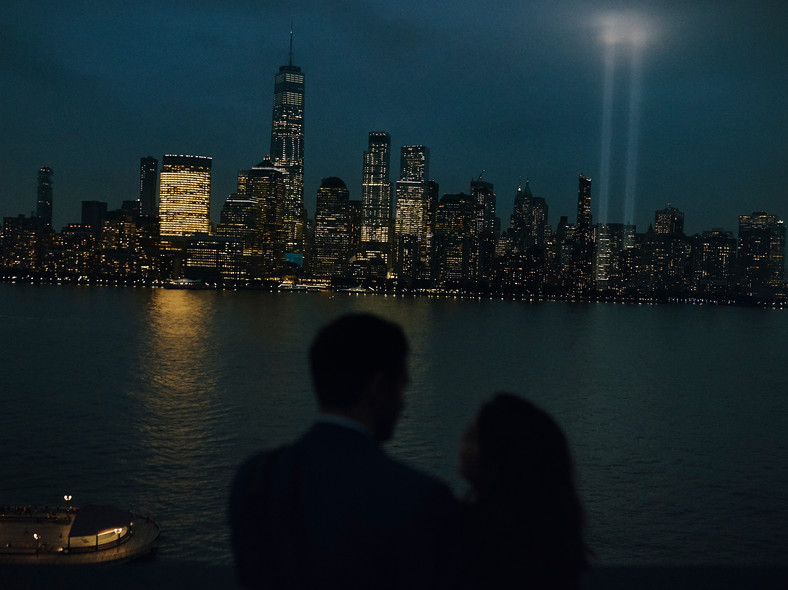